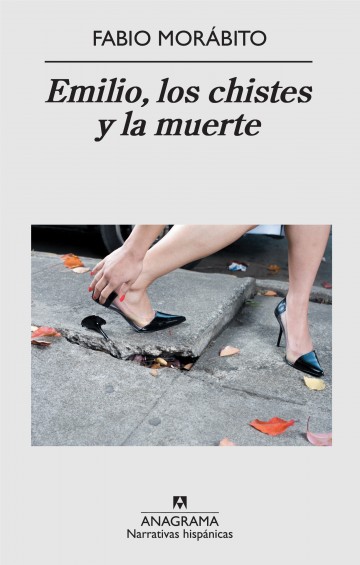 This is the story of the relationship between a twelve-year old boy who remembers too much and a woman of forty who would like to forget everything. Emilio, who has no friends nor brothers and sisters, and Eurídice, a masseur who has just lost her only child, meet up almost secretly in an enormous, unkempt cemetery, where the names of the dead have been made imperceptible with age and the gravestones are at risk from being swallowed up by the shrubbery. Though her desperation and his precocious maturity, through the spells cast by their own names and the potent call of sex, emerges a simple truth: no one is master of anybody. A truth accompanied by another: desire is ageless, as are the dominator and the dominated. Desire, like the names of the dead, is a surly, uncontrollable and sometimes redeeming force. This is a novel that focuses on the sexual conflicts of its protagonists and subverts the classic format of the ‘coming of age’ novel, becoming a bittersweet reflection of the impossibility of ever truly knowing the other. Brief, precise, unadorned, the plot develops rapidly, exploring light and darkness, fresh air, jokes and death. Fabio Morábito, once wrote Sergio Pitol: «Has, since the beginning of his literary career, revealed himself as a ‘strange’ user of language. His words appear transparent and precise, serving him as a spell, a gift, a wink to his readers. But underneath, there is raging lava, a knot of questions and metaphysical hypotheses”. Now, after his celebrated poetry, stories and essays, comes his long-awaited and excellent first novel.

"Emilio, los chistes y la muerte conserves the tone of a fable for children, represented by the spirit of its young protagonist... This tone, which we could call transparent, allows Morábito to look into the face of the dark side of human sexuality and of the intuitions of adult life in ways that are both empathetic and understanding of its characters, without avoiding the disconcerting side of its subject matter and avoiding superficiality... The impressive narrative skill that the author displays is akin to that of a tightrope walker, helping to guide his characters and his readers across the abyss". Ana García Bergua, La Jornada

"This is a completely unique novel, full of notable inner coherence and symbolic reach; the product of a very personal creative imagination that challenges certain taboos and uncovers the secrets and dreams of an age that could be a thorny path, but also an open window to the unkown. A fine piece of work that deserves to reach a wide audience". Luis Alonso Girgado, Diario de Ferrol

"A bitter and ironic meditation on the conflicts provoked by the awakening of sexuality and the impossibility of knowing the person who exists behind the object of desire. A brief text, stripped of rhetoric that moves between tragedy and comedy, without ever losing its rhythm". Tomás Ruibal, Diario de Pontevedra

“It is unlikely that there are any other Mexican authors as good as Morábito, a poet and storyteller gifted with an ability to understand structure, able to materialize dreams… Emilio, los chistes y la muerte is one of the most perfect books of our contemporary literature". Christopher Domínguez Michael, Reforma

"Morábito possesses that unique sixth sense which is necessary when placing a child at the heart of a narrative. Few books manage to pull this off… Emilio is a child who soon inhabits our memories. He is the inheritor of Tormes, Nils Holgersson, Tom Sawyer and Huckleberry Finn, Kim of India, Peter Pan and Saint-Exupéry’s Little Prince... Welcome to the club Emilio, and congratulations: this is an exclusive club indeed". Ricardo Bada, Revista de Libros

"A rounded novel, perfectly calibrated by one of the outstanding Mexican novelists of contemporary Mexican literature". Milenio 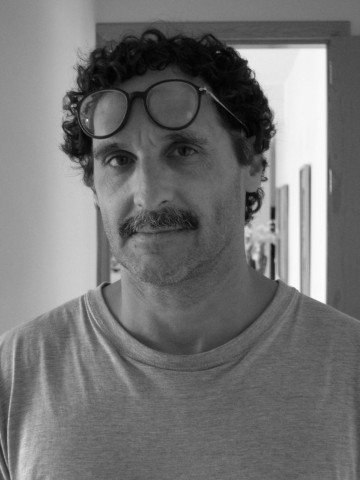 Fabio Morábito (1955) lives in Mexico and is the author of three books of poetry: Lotes baldíos, winner of the Carlos Pellicer prize, De lunes todo el año, winner of the Premio Aguascalientes, and Alguien de lava. All three were collected in the volume La ola que regresa (Fondo de Cultura Económica). He has written three books of short stories: La lenta furia (Tusquets), La vida ordenada (Tusquets) and Grieta de fatiga (Tusquets), which won the Premio de Narrativa Antonin Artaud, as well as the prose collections Caja de herramientas (Fondo de Cultura Económica) and También Berlín se olvida (Tusquets). He has published a short novel for young people, Cuando las panteras no eran negras (Siruela), and is author of the book of essays, Los pastores sin ovejas (El Equilibrista). He has translated the complete poetry of Eugenio Montale (Galaxia Gutenberg-Círculo de Lectores) and the Aminta by Torquato Tasso (UNAM). He has lived in various different countries and his books have been translated into German, English, French, Portuguese and Italian.