Under This Terrible Sun

This novel takes place in a dark Argentinean province and in the border between horror and crime fiction. One day, Centarti, the protagonist, receives a call from a lawyer called Duarte. Centarti’s mother has just been killed by her second husband Daniel Molina, who also killed her only other son before committing suicide. Centarti travels to Lapachito, an isolated town where her mother lived, to take care of the bodies. He goes in his car, which he is about to sell because he has no job or prospects and spends most of his time at home watching TV and smoking joints, trying to get money to postpone his journey to nothingness. Centarti meets Duarte and becomes involved in his schemes to cash in on his mother’s life insurance. Meanwhile, Centarti goes to live in his dead brother’s house, a semiderelict flat full of junk, collections of old Readers’ Digest magazines and porn videos. In the end, everyone dies except for Centarti, who discovers a suitcase full of money and sets off for the border. This is an involving book, opaque like its protagonists. It doesn’t con-tain discussions on morality, history or ideology, or overtly tackle issues like repression, torture and corruption in Argentina. But the life of everyone takes place against this backdrop and what is left unsaid is just as powerful as what is said.

«Two stories that intermingle and end up dramatically joining together within a well realized structure… a torrid language, straight to the point, sharp and tough, without flourishes or explanations. A book to be read without taking a breath» (Lluís Satorras, Babelia, El País)

«To say that Carlos Busqued’s debut novel Under This Terrible Sun presents a bleak landscape is as misleading as it is true. It’s misleading because though the book contains its share of literal wastelands . . . they are just the thin outward layer of desolation that pervades the entire world the book portrays. Take what you see on face value and you’re liable to miss the novel’s chilling unity» (Michael Stein, BODY)

«Aside from the train wreck like inescapability of it all, the rubber necking that you take part in as a reader, the realization that as much as you want to you can’t look away, you can’t put down the book, you must keep turning the pages to see what happens next, even though you know it’s going to ruin you emotionally, as if you need more, a big part of what makes Under This Terrible Sun work so effectively is that Busqued refuses to let you escape the grasp of his chosen subjects for even a single second» (Aaron Westerman, The Typographical Era)

«Equal parts stoner pulp thriller and psycho-physiological horror story, a pervasive sense of dread mixes with a cloud of weed smoke to seep into every line of the disturbing, compler Under This Terrible Sun» (Will Evans, Three Percent). 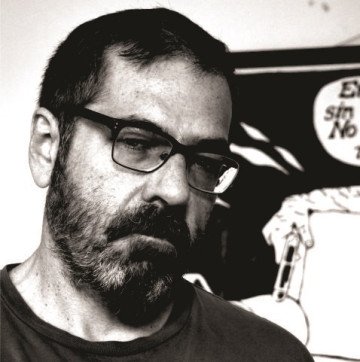 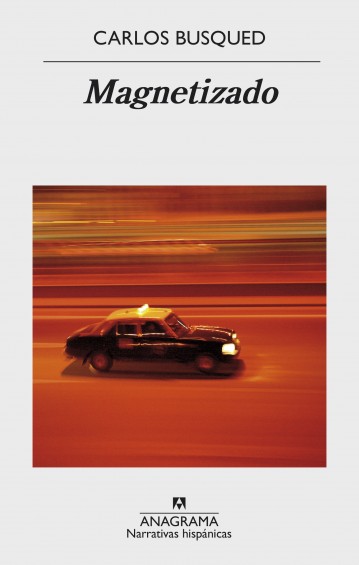