Opus Gelber: Portrait of a Pianist

Argentine pianist Bruno Gelber is considered one of the best 100 pianists of the 20th century. He started playing when he was three years old, and his vocation was so strong that when he was seven and got poliomyelitis, he asked his parents to install the piano in the bed, which he didn’t leave for a year so he could study. The illness left him permanently paralyzed in his left leg, but this didn’t stop him, at nineteen, from going to Paris to study with one of the best teachers of the time, who declared: “You will be my last student, but you will be the best.” Soon after, Gelber started to shine on some of the best European stages, where critics hailed him as a “miracle.” He lived in Paris for 25 years and spent 23 years in Monaco, playing with the best orchestras and directors in the world, rubbing shoulders with kings, princes and emperors. In 2013 he returned to Buenos Aires, where he lives in in a monumental building located in the popular neighborhood of Once. That is where journalist Leila Guerriero went to interview him in 2017. She found a complex and fascinating man, with an awesome strength, great intelligence and sense of humor, devoted to piano but also interested in celebrity gossip TV shows, in love since childhood with Argentine actress Laura Hidalgo (whose portraits are all over his apartment), deeply worried about aesthetic and protocol rules, which he commands to perfection.

Guerriero paints a portrait of Gelber today; the visits from orchestra directors, musicians and ambassadors; his very long telephone conversations with his best friend, the Duchess of Orleans; the lessons he teaches to his selective list of students. All in the context of a past strongly inhabited by his mother, Ana, and his brilliant and frightening teacher Vicente Scaramuzza.

Guerriero sheds light on the life of Gelber through several testimonies. The result is a book in which the author and her subject establish a disturbing game of seduction. Opus Gelber reveals itself to be as a wonderful exercise in journalism, the stunning portrait of a complex musical genius, both seductive and mysterious.

“He, Bruno Gelber, is one of the best pianists to come out of the 20th century, and she, Leila Guerriero, one of the journalists who has worked hardest to dignify the profession in recent years. In Opus Gelber, they come together without the constraints of a timed interview and after starting as strangers get to know each other through conversation. A raw, literary, and beautiful portrait. A gem.” – Inés Martín Rodrigo, ABC.

“Leila Guerriero assembles verbal structures that make you want to move into them. Her books are filled with corridors, rooms, chambers, stairways, compartments that readers can roam through in wonder and where they can surrender themselves to a syntax that works to uncover even the most obscure secrets of the human heart…Guerriero’s craft often unearths the endless conflict regarding the fine line between journalism and literature. In Opus Gelber, as in the rest of the books, that line disappears. We read it like a long chronicle (perhaps a biography) because that’s how it’s sold, but we would read it as a novel if it were marked as such. And yet another thing: if you approach the book by listening to what the narrative voice (which coincides with the author’s) is saying about itself instead of merely focusing on the described events, you’ll note that despite her discreetness the author’s personality seeps into the book’s atmosphere from start to finish. She, Guerriero, is the secret protagonist, the hidden character that knocks on the reader’s mind and who leaves you hoping to know more. The construction of this veiled character is what reveals a literary prowess of the highest degree.” –Juan José Millás, Babelia, El País.

“An exceptional narrator, Guerriero has made this book into a portrait of Gelber that works both as a biography and as a novel, due to two essential aspects: the way she expresses concepts through multiple voices and her penchant for detail, which is where, as the old proverb says, God can be found. A marvelous chronicle.” –Juan Ángel Juristo, ABC Cultural.

“Literature is beauty and observation. Literature is this exact book, filled with precise adjectives and an awareness of the other. Because Leila Guerriero, within her precision, includes empathy: she seeks to understand this extravagant man who suffered from polio when he was young and can barely walk, who from the age of five claims to have only one love: the piano.” –Paloma Bravo, Zenda Libros.

“Gelber, as magnetic as he is manipulative, is a triumph of will, and that is, above all else, what needed to be told. The reticence of his violinist father, the poliomyelitis, his own pudgy hands, a traffic accident…Guerriero returns to the genre that made her great—and that, in reality, she never abandoned—by incorporating techniques of fiction while still adhering to the rules of investigative journalism. ‘The pact with the reader needs to be clear, and when one is a journalist you have to stick to the facts.’ Intuition and distance.” –Andrés Rubín de Celis, La Vanguardia.

“Opus Gelber is a tridimensional game of seduction in which an object—him—is observed by a subject—her—so relentlessly that the discomfort and familiarity are transmitted to the witnesses—us—…The book is the portrait of a hypnotic pianist and the reflection of the stubbornness of an unyielding writer, who admits her fascination with the character and perhaps also reveals her tricks. Perhaps the only thing left unresolved is her place as the author, as she oscillates between showing herself and letting herself be seen, which are not the same thing. No one is spared from witnessing creative mystery of what the puppeteer chooses to do with her own body. But perhaps she knows that the best artists don’t reveal themselves but instead filter themselves throughout the piece, so that thinking so much about Bruno Gelber means thinking about Leila Guerriero, which simultaneously turns into thinking about ourselves.” –José Santamarina, La Nación.

“Exquisite, hedonistic, presumptuous, a keeper of beauty, a great conversationalist, eccentric around friends, an investigator of the human condition, and generous—the one trait that lets us know with certainty that we have encountered a good person. This is the Gelber that Leila Guerriero constructs: ‘His art becomes the best vehicle for the work of others. But he is his own best masterpiece. One that no one can interpret.’ Leila in fact tries to do this, quite successfully, in an exercise that—were we to adhere to the previously cited quote—acts as a vehicle for the work of others and lends us Gelber’s craft so we can interpret it ourselves. And the work of chronicler Leila Guerriero, like Gelber’s is a burst of fresh water.” –Ricardo Martínez Llorca, Culturamas.

“The Argentinian chronicler publishes Opus Gelber, a three-dimensional portrait of one of the best pianists of her generation, allowing readers to relive the path she walked and lending them her eyes, her ears, her sense of smell, and her intuition, with which she shows us once again that she’s a master, a wizard of journalism.” –María Ballesteros, La Voz de Galicia. 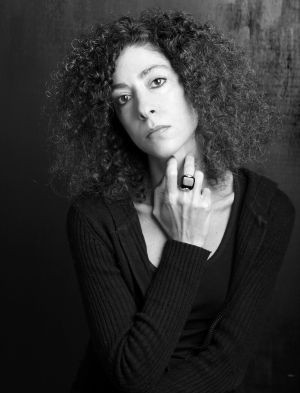 Leila Guerriero was born in 1967, in Junín, in the province of Buenos Aires, Argentina. She began her journalistic career in 1991 in the magazine Página/30. Since then her work has appeared in various media of Latin America and Europe: Argentina’s La Nación and Rolling Stone; Spain’s El País; Brazil’s Piauí; Colombia’s El Malpensante and SoHo; Mexico’s Gatopardo; Chile’s Paula and El Mercurio; the United Kingdom’s Granta; Germany’s Lettre Internationale; and Italy’s L’Internazionale; among others. She is the Latin America’s editor for the Mexican magazine Gatopardo.

She has received the CEMEX-FNPI Prize, the González Ruano Prize, the Grand Prix Blue Metropolis Prize, and the Manuel Vázquez Montalbán Prize for Cultural and Political Journalism. Since 2011, she does editing work for Ediciones Universidad Diego Portales in Chile. She directs the Mirada Crónica Collection of Tusquets Argentina . She is a member of the Board at the Fundación Gabo, founded by Gabriel García Márquez. Her work has been translated into English, French, German, Swedish, Portuguese, Italian, and Polish. 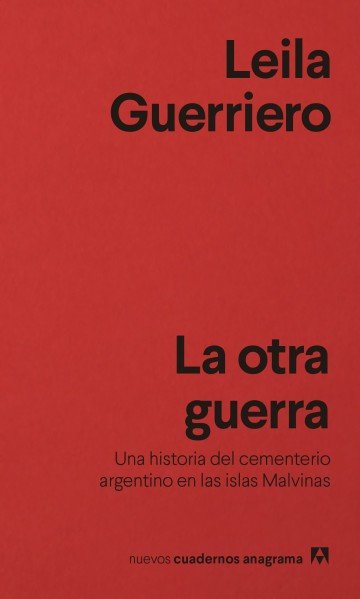