The History of Money

Argentina, the 70s. The syndicates have been taken over by the radicalized left wing, the industrial belt of Buenos Aires is now referred to as the red belt, and a top executive of an iron and steel company dies after his helicopter, travelling towards the factory, plummets into the river. The briefcase full of money which he was carrying disappears without a trace. Accident or attack? The hypotheses on his death multiply, as do those concerning the location of the money. Is it time to negotiate with the delegates from the syndicates? Or perhaps it is time to corrupt them? Should they finance the illegal repression which will end up decimating them?

The History of Money revolves around this shrouded event, so full of uncertainty, as does the imagination and memory (that paragon of bitter contemplations) of the hero of the novel, who uses this dramatic focal point to revise the role of money in his family saga. He has much to keep him occupied: His father “makes” money in poker games and casinos, and can move like a fish in water around the caves of financial speculation. His mother marries again and squanders her small inherited fortune on a lavish lifestyle and a summer house that does not stop growing, swallowing up every last cent. Our protagonist, for his part, pays- in every sense of the word.

«A sinister merry-go-round of disturbing political interests, flight of capital, money laundering, urban guerrillas, financial speculators, cunning syndicalists, the shadow of counterrevolutionary militants, embezzlements and bankruptcies, inflationary processes; to sum up, a whirlpool of Machiavellian intrigue and dark schemes… In these times of crisis, this novel constitutes a good example of a narrative genre at its peak: that of “economic-fiction”, a particularly spine-tingling literary format because it ends up becoming a detailed and realistic study of customs. Alan Pauls manages to overwhelm the reader in a labyrinth of nearby terrors and lugubrious prospects: money as the protagonist» (Jesús Ferrer, La Razón).

«Alan Paul concludes his trilogy with a digressive and splendidly narrated book that confirms his place as one of the few truly essential contemporary Argentinean writers. He narrates with skill exactly what happens in a country and among its inhabitants when money means nothing, absolutely nothing, and yet it is the only thing worth counting» (Patricio Pron, ABC).

«History of Money by Alan Pauls (Buenos Aires 1959) does not necessarily close the trilogy made up of History of Tears and History of Hair, but could form a part of (with its virtues and its vices, its liberty and slavery) the infinite necessities of the human being and even constitute a true “history of humanity”. Pauls’ aesthetic demands go hand in hand with his ethical ones in writing guided by perception, intelligence, analytic intensity, the harsh nature of his critical humour and sensitivity towards the losers. The paradox here is that the losers are those who have made money (with their daydreams and their misfortunes) their reason for being. History of Money ably manipulates the illusion of digression in a dark and yet fluid story, always perfectly controlled, in which the profiles of a few characters are gradually completed, each one of them with a distinct attitude towards money... With enormous creative talent Pauls has understood how to submerge us in this delirious world so close to fiction in which the Argentina of the past fifty years comes to life» (J.A. Masolivier Ródenas, La Vanguardia).

«Pauls abandons, let’s say immediately, the consolidated forms of The Past and once again experiments on his literature and on himself, like those scientists who try out their latest formula before anybody else… What he tells is a materialist story that disintegrates into thin air. Money is a flow that slips away. The comedic situations that revolve around money are, without doubt, Argentinean. They move at an inflationary rhythm, that which underlines the unstable character of money… Money, for Pauls, is a romantic instrument and only turns into an index of personal energy» (Juan José Becerra, Los Inrockuptibles, Argentina).

«There is a time of dictatorship before and after dictatorship. In his triptych of novels about the seventies, Alan Pauls looks to redefine the contours of an era that resists transformation into history. More so than the earthquake itself (the terrorism of the State and its genocidal machine), History of Money is about the tectonic shifts that precede it and the violence of its recurrences. This is a brilliant culmination of the series that also includes History of Tears and History of Hair […], this novel focuses on a territory that up until now has been hardly explored by fiction: the political economy that gave rise to (and whose model survived) the last dictatorship» (Patricio Lenard, Otra Parte Semanal, Argentina).

«After the repercussion of The Past, Alan Pauls decided to embark on a project that could tackle the decade of the seventies from an intimate perspective, in which History would storm in through the most unexpected of gaps. Now, after History of Tears and History of Hair, he has published History of Money, a novel built around the mysterious death of a factory worker and the disappearance of a suitcase full of dollars. This instalment closes the trilogy about this debated, limited, witnessed decade, and yet finds within its details, obsessions and everyday vicissitudes a voice box that makes it resonate in the present… Throughout the pages of History of Money we follow the path of a nameless character, obsessed with cash: the kind that doesn’t exist, the kind he has and shows off, the kind he hides, the kind whose amount he is not sure of. Just like in the other novels of the series, Pauls constructs a distant, surgical prose, that’s disarms one of the most public and “social” decades of our history and turns it into a personal way in» (Fernando Bogado, Página 12, Argentina).

«Pauls completes his personal photography of the decade of the grey and black seventies. It is a panoramic photo that ends in an iconic fashion: with the ghost of inflation flying over the whole of history» (Esteban Maturín, Hoy Día Córdoba, Argentina).

«Alan Pauls: “This is a novel for addicts” … In the close of his trilogy about the seventies, the writer makes this “psychotic relationship” which we maintain with Money explicit, as well as its obscene presence in Argentina» (Interview by Guido Carelli Lynch, Clarín, Argentina).

«Alan Pauls: “This is a porno novel with explicit money scenes”…Money as pay, savings, waste, game, inheritance, loans, deposits, bundles of notes, rescue funds, a roll of cash hidden in a built in wardrobe, and above all, as History; an ambitious term that gives History of Money its name. This is a splendid novel that closes Alan Pauls’ trilogy dedicated to “Tears” and “Hair” in its previous instalments, and in which the Argentinean author once again sketches a kind of X-ray of individual and collective “Argentine” life that is delved into, contaminated and archeologically retrieved by money and its vital signs… Question: Why tears, hair, and now money as guiding sub-universes? Alan Pauls: “They are minor but strangely significant elements that seem to condense ghosts that are both personal and of the era, both intimate and historical. Now, with the finished project, it occurs to me that tears, hair and money share two basic properties: they are all valuable things that one is at risk of losing (and the whole trilogy can be read as an exploration of the experience of loss) and things that are regularly falsified (crocodile tears, wigs, fake notes)» (interview by Javier Mattio, La Voz del Interior, Argentina).

«The saga is a history of the impossibilities of an era and the symbols that a determined element allows within it. Tears, hair, money; it is the story of a society or a social class through a particular element. The era is the backdrop; it works in a tangential manner, like a faint footprint that forcefully determines the present… "Look at what is happening today in the black market for dollars”, points out Pauls. “Everything tends towards the murky, the double, and what happens on one side of the mirror is not necessarily what happens on the other”… History is made from what there is, not what is hoped for, what does not arrive, the perspective is negative, pejorative of money that doesn’t appear as a possibility for action but instead as a straightjacket, an element that restricts even if you have it, as its owners fear losing it” (interview by Agencia Télam, Argentina).

«Question: Why those three elements: Tears, hair and money? Pauls: “They are very private elements, very personal, like appendices or bodily emissions.They are three elements that allow me to articulate that intimacy with a public, political and historical world. And they are three very significant elements for me» (Interview by Soledad Vallejos, La Nación, Argentina).

«Pauls was interested in thinking about the “matter of intimacy and politics” to take on this key and turbulent decade that suffered the horrors of the military dictatorship (1976-1983). “Above all I did not want to use the main entrance; I wanted to choose very oblique access points. And I think that tears, hair and money worked as little Trojan horses”, he points out» (Interview in El Universal, Venezuela). 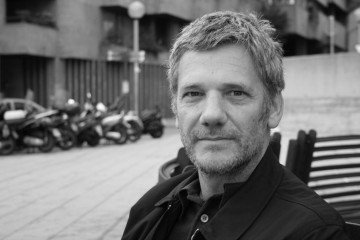 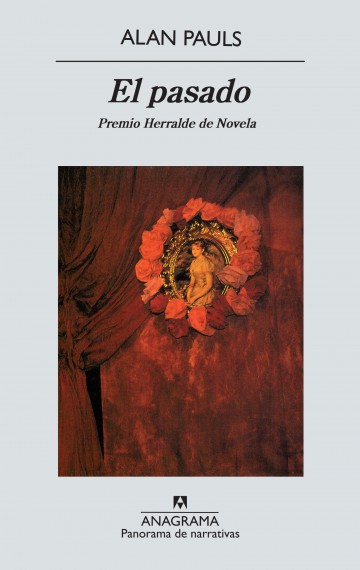 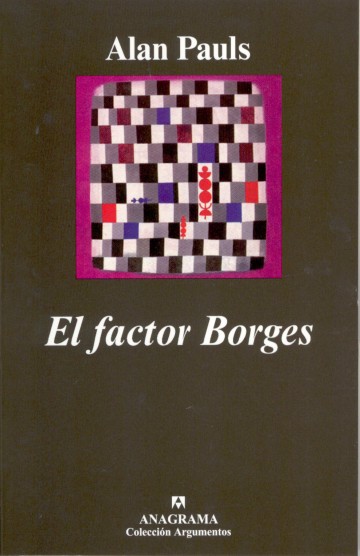