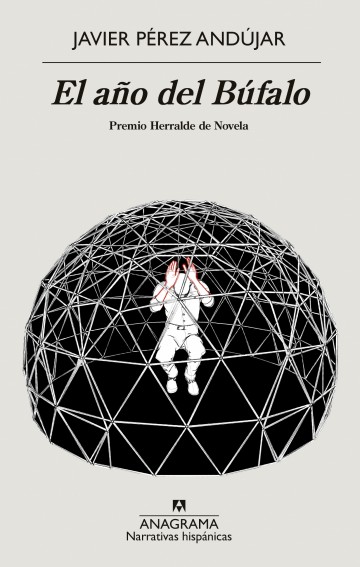 The Year of the Buffalo

This is a novel about four artists who belong to a generation with no luck. After losing their dreams and ideals, they find themselves confined to a garage where one day, a strange creature appears to offer them a sinister pact.

This is a novel about the life of a Finnish writer in love with Spain named Folke Ingo, who ends up as the author of the adventures lived by the four men mentioned above.

This is a novel about a varied group of characters who comment on and annotate Folke Ingo's text through footnotes: his Spanish translator, his Finnish mother, a bureaucratic professor from the Ministry of Humanities, the parents of one of the artists confined to the garage, the president of Gregorio Morán's Club de Amigos, and the ex-director of a peculiar cinema club in Santa Coloma de Gramenet.

This is a novel about a series of psychophonies where a string of historical figures made up of rebels with a cause, murdered idealists, revolutionary leaders, guerrilla warriors turned into heads of state, paid coup leaders, and dictators from all over the world—from Agostinho Neto to Lumumba, from Franco to Mussolini—among many others show up.

As the title indicates, this is a novel about the Chinese Year of the Buffalo that occurred in 1973, but also in previous and subsequent years like 1961 and 1985.

Enjoyment, laughter, emotion, and astonishment are guaranteed—because this is a kind of total novel, written with inexhaustible inventiveness, an air of pop, and unbridled erudition. A narration of narrations that is hilarious and poignant, politically radical, and aesthetically subversive. A book that signifies a new step forward in the marvelous and one-of-a-kind literary career by Javier Pérez Andújar, a writer of mestizo Barcelona and its outskirts and an unprejudiced vindicator of newsstand culture, popular cinema, and high literature. By bringing all of these elements together with a poetic sense of reality in El año del Búfalo, he has given us a dazzling book.

"A work full of nuance and interpretive levels in which ingenuity and short circuits of high and pop culture turn informed readers into grateful accomplices." —Domingo Ródenas, El País, Babelia

"An absorbing, hilarious, subversive, very well-written novel—because you have to write very well to be funny and not let the seams of the farse show." —Publishers Weekly en Español

"Pérez Andújar managed to construct a fiction that is many things at once. Most decisively, it traps each one of its readers with a different paragraph, a different scene, with post-mortem psychophonies sustained by an impossible asymmetry: life and death, joy and sadness, delusional erudition, and vital ignorance. A book about how to deal with impossible failures without added nostalgia." —Ricardo Baixeras, El Periódico

JAVIER PÉREZ ANDÚJAR (San Adrià de Besòs, Spain, 1965) has a degree in Hispanic Philology from the University of Barcelona. He is the author of Los príncipes valientes, Todo lo que se llevó el diablo, Paseos con mi madre, Milagro en Barcelona (with photographies of Joan Guerrero),  Catalanes todos and Diccionario enciclopédico de la vieja escuela. He collaborates with El País and Cadena Ser radio, and he has worked for book programs on TV, for El Periódico de Catalunya, the fanzine Mondo Brutto, and the cultural magazines Ajoblanco and Taifa. He received the City of Barcelona Award for communication in 2014 for his journalistic pieces in the Catalan edition of El País and the Estado Crítico Award for Essay for Diccionario enciclopédico de la vieja escuela. 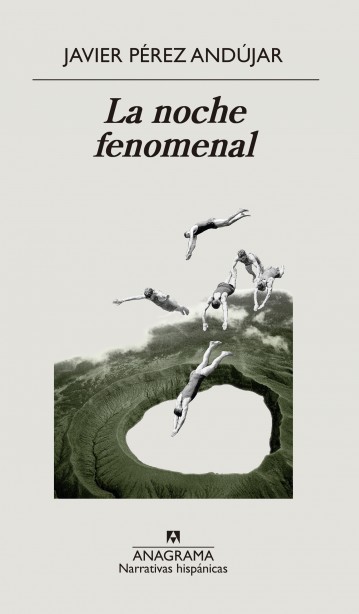