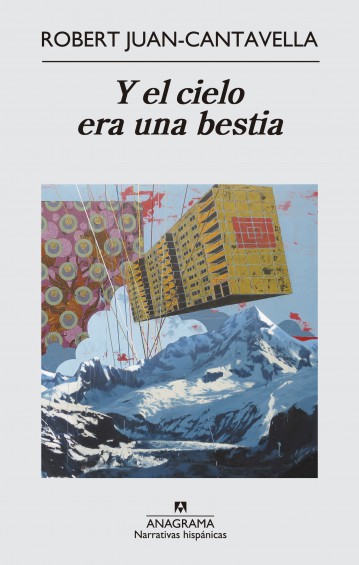 And Heaven Was a Beast

Sigurd Mutt returns to Barcelona after nearly thirty years. There, he had once been a young crypto-zoologist, exploring alongside his colleagues Belaire and Sjögren the mysteries of Occult Naturalism and uncovering, against the dictates of ‘official science’—as they, and the masters who preceded them call it disdainfully— the traces of dangerous animals that perhaps had never existed. But now, at the end of 2007, defeated and tired, Sigurd Mutt goes to Vor, a village in the Pyrenees where he plans a short stay in the old, aristocratic Vulturó spa. With him he carries the last effects of his friend Belaire, which had been sent to him in Hamburg along with what seems to be a fragment of a rare text called After Columbkill. If he wants to discover the true meaning of this text he needs to complete it, something that he can only do at Vulturó.

There he meets Vicente Baeza, el Rubio, a retired policeman who introduces him to a world of con artists and their secrets: the boy Iván Agulín, who claims to be an orphan; Olimpia Sanderson, a woman lodged in the top-floor apartment who never leaves her room; Tod Volta, a distinguished gentleman fascinated by military strategy throughout history; Miss Elvira, an aloof and mysterious woman «who looks like a catechist». Sometimes alongside them and sometimes against them, and always following the enigmatic clues of Belaire and his text After Columbkill, Sigurd Mutt becomes immersed in two unfamiliar universes: on the one hand, the discreet life of the writer José Echegaray, the first Spanish winner of the Nobel Prize for literature, and, on the other, the improbable life of a Medieval Irish saint called Columbkill, a miracle worker and tireless warrior.

Robert Juan-Cantavella creates a hermetic world full of back doors and ancient iconoclastic knowledge following the imaginary line that joins the village of Vor and the Vulturó spa. A map whose contours have been drawn with the blood of a murder that ends up staining Mutt’s hands. In a literary gesture that is something of a lurch against current literary fashions, Juan-Cantavella, author, among other titles, of the celebrated Proust Fiction, presents this exciting mystery, which is also the story of untrue legends and a cabinet of curiosities.

«The naturalness, without histrionics, with which Robert Juan-Cantavella describes impossible and, logically speaking, incompatible events in his new novel, Y el cielo era una bestia, becomes a lesson on the nature of the novel and its possibilities… Y el cielo era una bestia could be described as a mystery novel, becauseit contains a text to decipher, a secret to resolve and the occasional murder to discover. But once finished, it reveals itself to be a novel of adventures, or a novel that precipitates an adventure, with the spine of a treasure map… Stylistically, the novel also has a strange diversity: the rustic sounds rustic, the archaic sounds archaic, the infantile sounds infantile. In Cantavella’s language, those subtleties still exist… Of course, Y el cielo era una bestia is also a book that talks about literature, of the function and meaning of literature: which could be a charming fraud, a game of capricious entropy or a magical bestiary; but whose engine turns out to be love and its consequence: the vindication of an intensely lived, reborn, bestial life. Robert Juan-Cantavella tells us all this with humour, which a more complex concept than it seems, and with the same epiphany that Jonah must have felt after being expelled from the whale. Which is just another way of saying: I really liked Y el cielo era una bestia» (Nadal Suau, El Mundo, El Cultural).

«Y el cielo era una bestia is the most ferocious book I’ve read in some time. To sum up the story: Julio Verne’s giant squid lives with characters from Pérez Galdós in a spa (…) And here we have one of the central themes of this book: cryptozoology, an unrecognised scientific discipline dedicated to the study of unknown animals (…) But Robert is even more craven than that. There’s one character missing: José Echegaray, the first Spanish Nobel Prize winner in history, although in reality a mediocre writer (…) the marvels in Y el cielo era una bestia are infinite» (Josep Lambies, Time Out Barcelona).

«It aims to be, and manages to be, a visionary story with bad-natured characters, unusual situations and just as disconcerting plot resolutions (…) Atransposed fantasy, full of suspense, humour and irrationality, in the strange atmosphere of an outlandish spa: a critical and distanced metaphor of our crazy present world» (Jesús Ferrer, La Razón).

«An enigma, a lot of action and a love more powerful than death would be the perfect combination to give to this epic poem, if it wasn’t the case that the ironic and unconventional possibility also exists, which is exactly the style that Robert Juan-Cantavella chooses to tell his story (...) I suspect some critics will invoke Tarantino, although his influence is less present in the violence contained in certain passages of the bookthan in those surreal dialoguesthat become glorious comic masterpieces. And this author knows a lot about humour (…) Take a journey through this abstruse and crazy whodunit which seems to turn like a spinning top, and tell me if there isn’t tons of humour here» (Santiago García Tirado, Qué leer).

«An ambitious novel in terms of narrative structure: a kind of thriller in which hypotheses follow questions (…) A novel that at the same time manages to be confusing and entertaining, light and complex (…) In reality, everything is novelistic, so novelistic it sometimes feels soulless and artificial. But we know there are a lot of readers for this kind of book. And there is no accounting for taste» (J.A. Masoliver Rodenas, La Vanguardia).

«Marvellously imaginative (…) A novel that captures the attention of the reader» (E. Sierra, El Diario Vasco).

«A novel that contains elements of many novelistic genres: historical novels, fantasy, mystery, adventure and even love stories. Here, there are ingredients for lovers of every literary style» (La Cueva del Erizo). 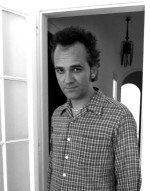 Robert Juan-Cantavella (Almassora, 1976) is the author of the novels Otro (2001), El Dorado (2008) and Asesino cósmico (2011), the short story collection Proust Fiction (2005), the novella El corazón de Julia (2011 (written in collaboration with Óscar Gualand and illustrated by Riot Über Alles), and the book of poetry Los sonetos (2011). After writing an experimental novel, which attracted few readers, his short story collection Proust Fiction was widely celebrated: «Juicy stories» (Juan Goytisolo, El País); «He uses references from universal mass culture to oblige us to see the world in a different way: he both accepts and transforms. An excellent first work that illustrates this double judo move» (Nils C. Ahl, Le Monde). El Dorado uses dirty journalism to look at the crisis on the Valencian coast: «Great fun.» (María José Obiol, El País); «It often reaches the heights of satirical literature» (Ricardo Senabre, El Cultural); «Translate this book now!» (Elizabeth Clark Wessel, The New Yorker). For Asesino cósmico written with Curtis Garland (1929-2013): «A notable capacity for humour through many registers that go from irony to satire produces a book that is goyaesque, iconoclastic» (Santos Sanz Villanueva, El Cultural); «Young Spanish literature often invokes popular culture, but no one has dared so much: an act of love that is sincere, pure and, at the same time, festive» (Jordi Costa, La Vanguardia). Robert Juan-Cantavella is a translator and professor at the School of Writing. He lives in Barcelona.