The author of this book holds her pencil wrong. She has always held it wrong since her days at school when her teachers tried to help her, telling her that «you have to hold your pencil in a Christian way». Now, unable to learn, she has carried on holding it badly, despite all the consequences. Because... can good writing come from a badly held pencil? That’s one of the questions faced by this collection of stories told with restless prose, free and accelerated, writing that tears and scratches the memory, that destroys recollections and turns them into something else. The stories that appear in this volume take on subjects like guilt and redemption, the lack of freedom and those «small instances, epiphanies, revelations, images that open, words that fold in on each other», when «something breaks and everything changes». Children that refuse to obey and who experience the difficult process of growing up with amazement and solitude; rebellious girls, whose rebellion is subterranean, angry and useless; souls tormented–or not– by doubt and regret; cattle tyrants and otters that represent aggression and comfort; the discomfort of lives that appear normal but that sometimes hide crimes or just the desire to commit them.

Sara Mesa has created a solid and coherent collection of voices with her familiar confrontational and artless style, which is even more effective in the short story form. Runner-up for the Premio Herralde de Novela 2012 with Cuatro por cuatro and the author of Cicatriz, the disturbing novel that has achieved significant success among readers and critics, Sara Mesa has now given us her most personal and intimate book. This book confirms the opinion of Rafael Chirbes that «Sara Mesa creates a high-voltage literature with the precision of a goldsmith», and Marta Sanz, who says that she writes with «a naked and direct prose, full of powerful imagery that causes discomfort in the reader, as well as fascination.»

«Without any doubt Sara Mesa is one of the hottest names around, and it seems she will only cement her position further –growing, gathering, extending her talent– to play an essential part in the future of Spanish literary scene… Her realism is not straightforward. She has managed to create –with consummate skill– an intriguing, disturbing and, even terrifying atmosphere for her story, without moving away from the recognisable and by investigating, rubbing salt into wounds, exploring places and emotions that give her protagonists a profound psychological dimension in this extremely disquieting book written with a minute attention to detail when necessary… The universe of these stories is ephemeral, painful, unkind, or we could even say lurid, but once you start reading it is impossible to put down… A game of mirrors, full of critical irony, doubling, distancing (and, to get to the point): the writer is both the creator and the created. A literary blood letter. With a distant question, this book asks itself, and asks us: what do you think? Does it make you uncomfortable? And what are you going to do about it? A great book» (Manuel Hidalgo, El Mundo).

«A very talented writer… This collection proves the fertility that a porous imagination can give to the most sordid aspects, even if they are hidden, of the hostility of daily existence… The characters in these stories find themselves dissolved in reality, but without being a part of it, unable to access its benefits, unprotected and in permanent tension, looking for a help that never arrives. Sara Mesa admirably investigates this shadowy zone with a writing that manages to be both serene and vibrant at the same time and, frequently, using ideas that are seemingly harmless but manage to create a truly threatening atmosphere» (Francisco Solano, El País).

«Rebellion is the common theme that Sara Mesa brings together in Mala letra, which features problematic protagonists, many of them children who refuse to obey as they experience the distressing path towards adolescence … An excellent bookand a denunciation of the pedagogics that aim to make us all the same» (Elena Sierra, El Correo Español).

«Sara Mesa is a good writer, very focussed on the psychological details and a custodian of literary style, which is something we already knew from her novels» (J. M. Pozuelo Yvancos, ABC).

«With an extensive layer of tragedy, the writer from Seville condenses the bitterness of being a sensitive person into a collection of stories, each one with a varied viewpoint» (Víctor González, Culturamas).

«Sara Mesa has written eleven stories full of hidden corners, of mirrors and surprises, of recognizable moments from our daily lives that, however, manage to suddenly be surprising. Because she has a way of constructing each story that allows us to see reality without filters… Don’t miss it» (Antonio Martínez Asensio, blog de Antena3 Tiempo de silencio).

«Eleven stories that are as scary as Edgar Alan Poe; as tender as Haruki Murakami; as surprising as Julio Cortázar; as unsettling as Ray Bradbury; and as moving as Ernest Hemingway. The final lesson of Mala Letra is that, as hidden as we want to maintain our childhood traumas, as much as we think we have buried them, the feelings of guilt remain. They are still there. Take a look. Yes, there they are, right there» (Sara Vítores, InfoLibre).

«Her voice is corrosive and full of anger and frustration… But at the same time, the ferocity with which the protagonists exist is softened by a poetic vision that gives us luminous paragraphs of contaminated beauty… A book that submerges the readerin a sub-world that exists on the margins of society and shows us what no one wants to see, or read about» (Blog La Buena Vida). 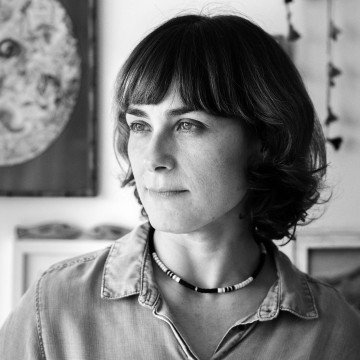 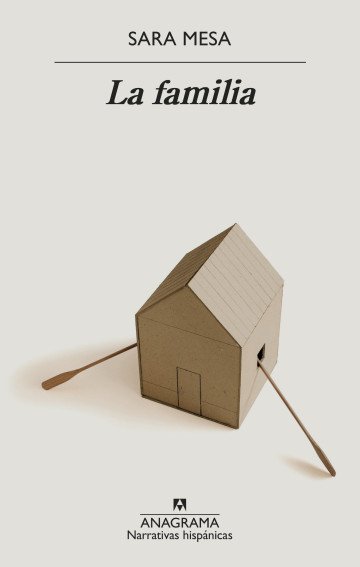