The Instant of Danger

A still shadow projected upon a wall in the middle of a forest. That´s the only thing that can be seen in the strange anonymous films sent by e-mail to Professor Martín Torres. The sender, the young artist Anna Morelli, found them by chance in an antique shop in New Jersey and intends to use them in her newart project at the Clark Art Institute in Williamstown, an institution where Martín was once an intern more than ten years previously. Anna´s proposal to Martín sounds very appealing: return to Clark for a term to write about films and invent a story for the mysterious images. Martín, who has just dropped out of a promising academic career and whose personal life since his divorce from Laura is in steep decline, accepts the invitation without thinking about it too much. However, he soon discovers that it won´t be an easy task to escape from his present.

In Williamstown, his research into the films and his tortuous relationship with the artist starts to bring back memories from his past. And his memories of the dreams that once flourished in that place, the promise of happiness from those years, his relationship with Sophie, his marriage to Lara, unconventional love… return with a bang from a time that he believed to have been gone forever.

Written as a long confession or, more precisely, as an emotional love letter, El instante de peligro is a beautiful novel about the memory of images and the recollection of lived moments. A book full of pertinent reflections about time, artand photography, but also an exploration of the passions of the soul, bizarre strength, open relationshipsand fluctuating emotions.

A narration in which Walter Benjamin´s thesis about history has a special resonance, especially that which suggests that «describing history doesn´t necessarily mean understanding it “as it really happened”; owning a memory as it flashes to you like lightning in a moment of danger».

About El instante de peligro the critics have said:

«In the decisive instant, our shadow never speaks. A brilliant novel by Miguel Ángel Hernández. Contemporary art and literature riskily assembled. One of the most prominent European writers of his generation» (Enrique Vila -Matas).

«A captivating novel, which dares to look at the big subjects (love, time, memory, creation), through the prism of the great voices of universal philosophy (Benjamin, Barthes, Stoichita) to compose a novel that tells the story of the process of its own creation to make possible the story we are reading. Which, soon becomes a fascinating tale… A rich and elaborate text that brings together art and literature, successfully achieving a difficult balance» (Pilar Castro, El Cultural, El Mundo).

«A magisterial fusion of different narrative tenses, which approaches the frontiers of fictional biography as a way of dealing with artistic and emotional obsessions… a novel whose emotions continues to shine brightly in the mind a long time after reading» (Leonardo Cano, La Opinión de Murcia).

«Miguel Ángel Hernández keeps on growing. He has the power to give his work the solidity that instantly lets you know that you’re reading something that belongs to you, because it has a very personal voice, something that makes sense, that affects you in a special way, in a ‘literary way’, if that’s the right thing to say. That’s why we should keep an eye on this writer» (Antonio Martínez Asensio, Antena 3, Blog Tiempo de Silencio).

«Miguel Ángel Hernández hits the mark with this intelligent book. It’s not easy to write such an intellectually charged novel with such high theoretical content and a rigorous conceptual approach that manages to integrate sentimental and intimate factors within an intriguing and surprising plot» (J. Ferrer, La Razón).

«It´s been a while since I´ve read such a thought-provoking novel. The new book by Miguel Ángel Hernández is a decisive step forwards compared to his previous work. What was once promise is now the reality of a mature writer who is sure of himself: above all because he now demonstrates that his writing has a lot to say (…) This novel becomes a homage to literature, from the knowledge that everything else is silence, fading celluloid. Of course, for that to be true, literature has to be more than vain words: it needs to reach the level of Art. And, that is something that this young writer knows.» (José María Pozuelo Yvancos, ABC Cultural).

«Miguel Ángel Hernández takes another risk with his meditation on the relationship between art and people as the only way to survive the passing of time (…) He takes risks, daring to transform his novel into a versatile text of extreme complexity, where essay mixes with events and the encyclopaedic and scientific nature of his reflections are perfectly linked with the actions and personalities of the characters who inhabit the story: apparitions that wander through the text looking to discover each other in the mystery of images and finding something this is as unknown as it is moving» (Manuel García Pérez, Mundiario).

«Another artistic experiment, but this time with a story where the return to the past and the reconstruction of the present form the structure of a risky and revealing novel. Miguel Ángel Hernández belongs to that select group of young Spanish writers born in the second half of the 70s, like Sergio del Molino, Sara Mesa and Pablo Gutiérrez, who all possess that original and daring voice which demanding readers recognize as the mark of quality literature. El instante de peligro is certainly that: a fantastic novel that invites the reader to approach the impossible world of a man who wants to reconstruct his past while making amends with love and failure.» (J. Ruiz Vega, El Fescambre).

«Looking closer at the nature of the image is the complicated role of the artist. Hernández does that in this original and pertinent novel. In El instante de peligro he carries out a detailed narrative analysis about the experience of otherness, the place where memories live, the shadows of the past and the reconstruction of the individual.» (Francisco Estévez, El Imparcial).

«El instante de peligro does what Iván Zulueta did decades previously in the novel Arrebato making the image an abyss that ends up looking back at the spectator/creator. Fascinated and obsessed by those who let themselves be dragged along by the witchcraft of lost stories, the pages of Miguel Angel Hernández are an inventory of shadows, a hotbed of memories that feed the future with the guts of the past (…) El instante de peligro, is a disturbing and admirable novel that sticks in the mind and examines our conscience like a magnifying glass that reveals our fears and uncertainties, exploring the wounds of a ´deflated´ universe, following the interrupted paths of the past, sucking the blood from the revolutionary energy of objects (…) The author writes: “The only true story is the one that scorches us, the one that talks to us, the one that is about us”. A perfect way to define his own work: scorching, eloquent, intimate.» (Tino Pertierra, Mercurio).

«Hernández demonstrates a number of things in this novel. His solidity as a narrator, his capacity to create afictional world as intimate as it is captivating, both intense and intriguing, as alive as the reality that nourishes it (…) Extraordinary novels need to provide something different and original for the reader: El instante de peligro does that. Miguel Ángel Hernández, with clear echoes of Auster, Vila-Matas and Cercas and under the sombre tutelage of Benjamin, has become with this involving, mysterious, and sensitive book–which was runner-up for the Premio Herralde- written with calibrated and devilishly captivating prose, one of the most interesting voices of contemporary fiction.» (Pedro Pujante, Culturamas). 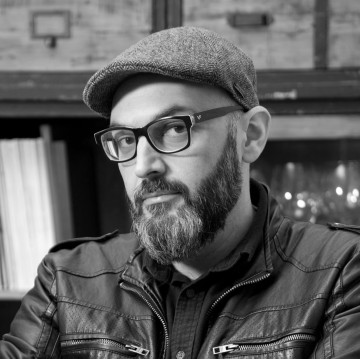 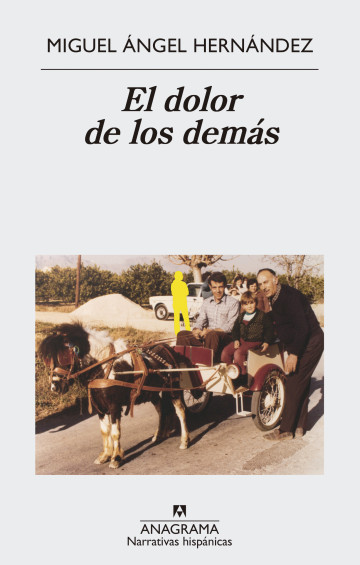