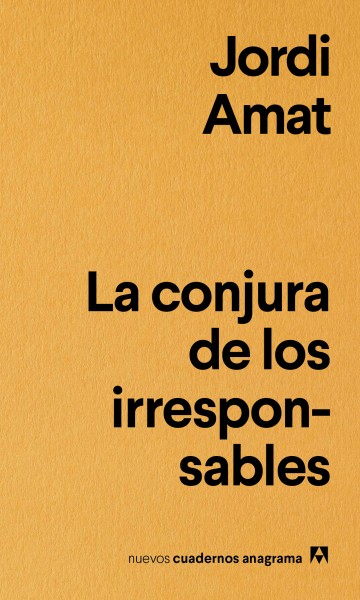 A Confederacy of Irresponsibility

The failure of a major political operation - Catalonia’s Statute reform, which from the beginning was captive of populisms and nationalisms, tactical and political maneuvering – has led to the deepest institutional crisis since the Spanish transition.

Beyond interesting accounts, the Catalan independence process may be described as a sum of irresponsibility. With a rapid, close and playful style – and perhaps for this reason, sometimes controversial – Jordi Amat is one of the great essayists of his generation.

“Jordi Amat will end up becoming one of the best biographers in Catalan politics. His work carefully searches into the human condition so as to find an explanation for certain political events. His voice is already relevant to understand where we are and who brought us here” (Jaume V. Aroca, La Vanguardia).

“His attempt of honesty and impartiality is laudable, from a Catalan point of view, in an environment of tension and polarization (...) His work is a strong piece full of observations and interesting references” (Daniel Gascón, Letras Libres).

“If there is a work which helps understand how we got to where we are that is the book by Jordi Amat, philologist and writer. Amongst all the published essays about the Catalan process of independence, this is the best documented in less pages. It is a necessary reading not only in Catalonia but in the rest of Spain” (Neus Tomàs, Eldiario.es).

“An original, accurate, rigorous and honest work (…) A bright guide to understanding, from corroborated information and arguments based on data, testimonies and documents, the whys and hows of the constitutional and institutional crisis which Catalonia and Spain face today” (Jesús Maraña, InfoLibre). 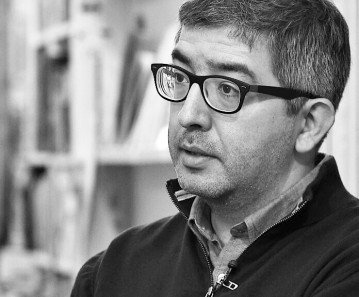 JORDI AMAT (Barcelona, 1978) is a philologist and writer. Specialized in the relations between culture and politics throughout the 20th century, he is the author of the biographies of Ramon Trias Fargas Els laberints de la llibertat (‘Labyrinths of Freedom’), for which he won the Premi Gaziel de Biografies i Memòries (Gaziel Award for Biographies and Memoirs), and Josep Benet Com una patria (‘Like a Homeland’). He also wrote the essays Las voces del diálogo (‘Dialog Voices’), El llarg procés (‘Long Process) and La primavera de Múnich (‘Munich’s Spring’), for which he won the Premi Comillas (Comillas Award). He works as a collaborator for the newspaper La Vanguardia.