If We Lived Somewhere Normal

In Lagos de Moreno in the eighties (a town with more cows than people and more priests than cows) a rather poor family attempts to overcome the bizarre dangers of living in Mexico. The father, a teacher of Greek civic responsibility, persists in practicing the art of the insult, meanwhile the mother prepares hundreds of quesadillas to tend to the hungry mouths of her numerous offspring: Aristotle, Orestes, Arquíloco, Calímaco, Electra, and Castor and Polux, the make-believe twins.

Confined to a meagre house, located high up in the hills of the Middle of Nowhere, they bear witness to the revolt of the cristeros against the PRI and yet another case of electoral fraud. Here begin the adventures of Orestes, the protagonist and narrator of this story; his discovery of the struggle of the working classes and his hilarious crusade against provincial boredom and the tyranny of his older brother. The honour in committing foolish acts allows for anything: inseminating cows, polish immigrants, pilgrims from San Juan, spaceships, buttons of miracles, psychedelic watermelons, and many, many insults directed at mothers. Sí viviéramos en un lugar normal is the second installment of the Trilogy of Fingers- named as an homage to Jorge Ibargüengoitia-, made up of three independent novels, beginning with Fiesta en la Madriguera, in which the author attempts to deconstruct the idea that Mexico is a magic, marvellous and surreal place, in order to say quite simply that Mexico is screwed.

"The debut novel from Juan Pablo Villalobos (Guadalajara, México, 1973), Fiesta en la madriguera, writing as synthetic as it was intense, stood out due to its bitter sense of humour, its implicit sarcasm, and the tragic naivety of the narrative voice; a young child of drug traffickers. Its critical success was considerable and might be repeated in his second book, Si viviéramos en un lugar normal. The narrator, also peculiar, this time is a child called Orestes who delves into adolescence, relating his crazy adventures in an elaborate language, as if he had invented it during an earlier phase of his existence in order to offer, quite simply, another “landscape of Mexico” (in the words of Javier Goñi). Elevated allegories, metaphors, and comparisons of the most rich and absurd character abound, even though, as if by law, course and abrupt colloquialisms and expressions are also numerous; bathed in the humour so favoured by the author… A boundless humour.” (Lluis Satorras, El País, Babelia).

«It is both a Mexican drama and a frustrated Greek tragedy in which the most brutal of realities becomes delirious; its humour is very similar to that of the great Jorge Ibargüengoitia, without betraying Rulfo’s Jalisco» (J. A. Masoliver Ródenas, La Vanguardia).

«Short, brutal and funny” is the triple commandment of the modern novel exactly how it was conceived by our hero B.S. Johnson, and Villalobos’ book fully complies with great impact… It speaks of the natural sin that one inherits simply for being born poor, and therefore its tone is the only one possible: comical. It is outrageous, wild, and exaggerated humour. It is only with humour that an author can speak about the hecatomb without sounding pretentious, pompous or like a hired mourner» (Kiko Amat).

«Like a new Salinger with a dash of surrealism and the absurd… a highly risky stylistic exercise from which he emerges triumphant… Without doubt a great work in the format of a minor work» (Pedro Galiano, Elojocritico.net).

«He exploits irony, using funny situations for the most tragic of discoveries… He combats horror with humour» (Patricia Blanco, La Voz de Galicia).

«Juan Pablo Villalobos constructs with infinite patience and elegant modesty the profile of a new Mexican literature. He is our writer, he is from here, and yet he triumphs» (Mónica Maristain, Gente, México).

«He possesses expressive techniques of a very high calibre and a magisterial command of humour that is black and desperate… Tragedy becomes a funny and terrible plaything… Nothing is safe from his merciless satire… Read it» (Antonio Garrido, Cuadernos del Sur).

“Villalobos whips and toughens the tragicomic Mexican reality, a place very much out of the ordinary, using a combination of caustic humour, detachment, and hilarious adventures.” (Iñigo Urrutia, El Diario Vasco).

“Allow yourself to be consumed by a fantastic verbal whirlwind which takes us deep into the territory of literary pleasure, which is what it’s all about. Villalobos is a tremendous display, he possesses expressive techniques of a very high calibre. He demonstrates a magisterial command of a very black and despairing humour that is, in this writer’s opinion, a key characteristic of literature as a form of consciousness and exploration… Politics, the economy, corruption, the abuse of power, it all develops with an irresistible comic force. Reality at its most raw and the most impossible of situations create unity and this is the novel’s best quality. Nothing escapes this ruthless satire.. a true hecatomb of excess in which Mexico is sacrificed between cackles and tears. Read it.” (Antonio Garrido, Sur). 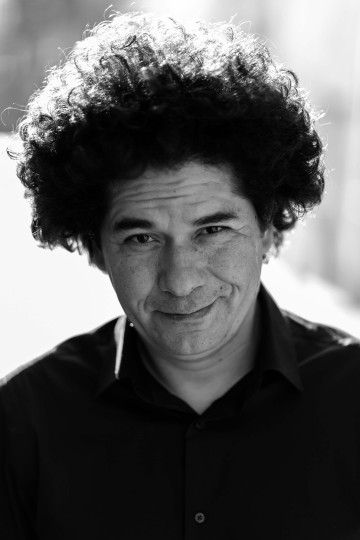 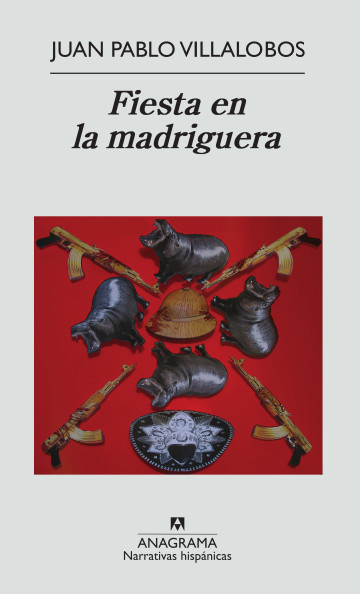