What is Providence? A harmful video game? A demonic website? An occult plot with technological ramifications? An impossible film about the future? It is all these things, and none of them. And it certainly is not an apocryphal biography of H.P Lovecraft, despite the fact that the book is prefaced by a declaration from the man himself, which states: «I am Providence. Providence is a hypnotic novel that contains many stories, or versions of stories, all or them surprising and original: a post 9-11 tale of terror and terrorism, a pornographic campus university novel, a story of the dark flipside of the ‘American dream’, an indifferent guide to the History of Cinema; ultimately, it is the portrait of a global conspiracy to impose a virtual reality on the real world, through playful devices.

Providence is a viral, groundbreaking novel. Its conspicuous protagonist, Alex Franco, is a Spanish filmmaker with a perverse perspective of Hollywood. After achieving some fame with his youthful underground shorts, he sees his first feature film fail at the Cannes Film Festival. There, however, he meets a mysterious woman called, Delphine, who proposes a new project called, Providence. But this is only one of the most visible strands of this novel. Another one involves something that happened some months before in Marrakech, where Franco, an ambitious and dissatisfied artist, dared to sign a Faustian pact to free himself from the curse of his existence.

Providence is also the name of a city where Franco, a conflicted and scandalous character, goes to live to fulfil all of his hidden desires and fantasies without ever understanding what awaits him there: mafia sects, apolitical conspiracies and secret societies who are fighting for control of their metamorphic reality. This sinister Lovecraftian world ends up devouring the novel and its protagonist.

Providence is, in summary, a cinematographic journey to the end of the American night. An America that hides its gothic horror behind a colourful façade of glamour and consumption. An America that lives in an unimaginable technological utopia without ever leaving behind its 19thCentury self-image and archaic values.

Providence provides a forceful answer to the question of what a novel should look like at the beginning of the XXIst century.

"Providence is a polyphonic novel, where direct and indirect voices speak of the madness and obscurity of the post 9/11 world: unmanageable, paranoid and artificially real. The novel is written with a literary voice that is both agile and malicious, full of that frozen irony of which the great Nabokov was a master. A novel about a new and more dangerous type of alienation, which even Marx himself wouldn’t have been able to imagine. Providence has that atmosphere of post-modern lucidity that we encounter in V or Gravity’s Rainbow by Thomas Pynchon. Constructive nihilism is shaped into fiction in this outstanding novel". (J. Ernesto Ayala-Dip, Babelia, El País)

"Juan Francisco Ferré hits us with an original plot that rips apart the ‘American way of life’: Providence x-rays the most unstable face of the USA: political, religious and racial extremes that constitute the centrifugal energy of a novel where the principles of the founding fathers are destroyed, ultimately leading to the destruction of the USA and all western civilization”. (J.A Masoliver Ródenas, La Vanguardia)

"This is a tense work, full of literary ambition, vigorously driven into different areas through various commendable subjects, of which two stand out: it brings into question certain aspects of the globalized world and proposes a form of the novel in tune with the difficult complexity of this world, which is a long way from the panoply of conventional narrative realisms”. (Domingo Ródenas, El Periódico)

"The apparent chaos that lies at the heart of this narrative hides one of the most intelligent answers that has been given in recent times to the challenge of adjusting the novel to reflect a reality that increasingly feels like a mediocre novel with an obvious ending. The result is splendid… It is the merit of Juan Francisco Ferré to have been able to bring together the naïve horror that sustains the Myths of Cthulhu with the true horror that emerges from the world perceived by Ballard... ‘Providence’ is a book written with great intelligence: an entertaining story which is not overshadowed by the brilliant structure that contains the story". (Juan Ángel Juristo, ABC)

"Ferré takes a journey to two of the most solid foundations in American literature: puritanism and racism, two aspects of the novel that have not been mentioned in most of the other reviews I have read… What grabbed me was the interpretation that Ferré makes of two of the key themes that helped to define the American novel of the XIXth Century”. (Mauricio Salvador, Blog The Art of Fiction)

“A great Dickensian comedy which is both contemporary and in which the critical spirit of an English novelist is translated to a Hollywood setting, like a Ballardian, or even Buñelian, Otto e Mezzo. A Nietzschean follower of literary traditions from Rabelais to Palahniuk, without forgetting the vanguard of Coover, here we have a novelist writing at the top of his game”. (Alvy Singer, Hermano Cerdo)

"Providence is an enormous book, in every sense of the word. While reading it I begin to feel a strange tingling in my stomach after every page. Very few books have given me that feeling over the last five years: House of Leaves, 2666, Austerlitz... A suspicion that leaves me with the sensation that I am reading a masterpiece, one of those books destined to form part of the history of literature". (teoria-del-caos.blogspot.com)

“For those who regard the act of reading as an incursion into the unknown contiguous to the art of writing, Providence, Juan Francisco Ferré’s latest novel, is an authentic gift: the reader will encounter one surprise after another, then be forced to remap his steps to make sure that he hasn’t strayed form the path to begin the journey once more: a journey that will take him to an amazing virtual universe, where everything is real and, at the same time, unreal…. An expert in Modernism, Juan Francisco Ferré adds to his heavy baggage as a reader of Cervantes and Joyce an ample knowledge of the ubiquity of cyberspace in the world we inhabit… In Providence Juan Francisco Ferré combines contemporary artistic manifestations—cinema, TV, the voracious Internet, the myths and fallacies of the American cultural utopia—and then liquidises them in his literary mixer. The iconic figures of Pop Art and hip-hop, the apocalyptic and visionary blogers who have occupied the same space as the literary giants of the past, high and low culture, the long lasting and the ephemeral, all are confused in the same compact substance moved by the mobile mechanisms of the author’s implacable imaginative mixing machine… A novel for the XXIst Century destined for readers capable of imagining access to a literary realm, where meaning penetrates new areas like a spear, and in which the artifice of the work provides frequent motives for surprise and laughter”. (Juan Goytisolo, Babelia, El País)

"Aside from being a narrator gifted with a hyperactive imagination, Ferré is a writer with a precise and malevolent intelligence". (Pablo Martínez Zarracina, Pérgola)

""Our age is without silence”, says Ferré, it must be re-made like a new Cervantes. With humour and vitality, this book overwhelms its American narrators with an easy and entertaining Spanish perspective, which is ultimately universal”. (Julio Ortega, El Boomerang)

"Providence is an effervescent book, that kicks, annoys and entraps with a scandalously intelligent humour. It is the contrary of living in a boring place, because Juan Francisco Ferré’s novel is one of those that can be defined as a global interrogation, or even as a consolation next to the parallel life, too real, which happens outside novels. A long and intoxicating novel, in which many other novels could fit”. (Fernanda Donoso, La Nación)

"Providence is postmodernism stripped down to its elements, just as Duchamp’s Large Glass was for modernism... This ambitious novel is about identity, the imaginarium and globalization”. (Jesús Andrés, Ni Tampoco Una Pipa)

"Providence is a novel that fascinates and intrigues from the first page... A powerful idea that is expressed in a brilliant novel which represents an important step forward in the career of Juan Francisco Ferré. This book confirms the author as a writer to be closely followed within the panorama of Spanish fiction". (Marc García, The Barcelona Review)

"Science fiction, social satire, pornography. Juan Francisco Ferré has lobbed a large post modern bomb into the world of books. The "rentrée" of the foreign revelation. A name to keep in mind". (Les Inrokuptibles) 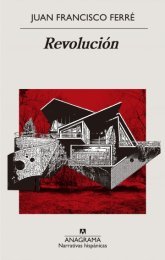 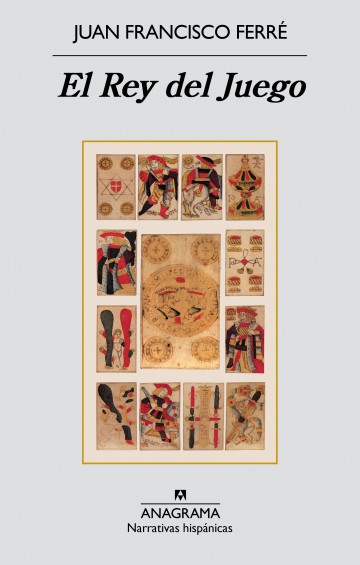 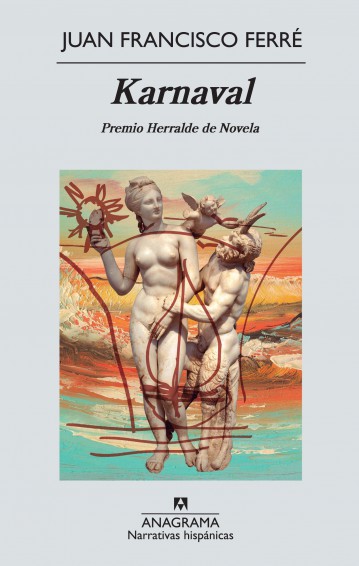