The tale of a search and a mystery: the violent and fiery life of the Brazilian woman Luz del Fuego, a libertarian legend ahead of her times.

“I am a liquid body: I take any form. Reality can die: I want Fantasy, and I can get it.”

Who was Luz del Fuego? Who was the woman who challenged the world, and who, right in the middle of the Gala Dance in the Rio de Janeiro Carnival in 1952, took out two pistols and yelled, “I’m not Brazil’s Girlfriend! I’m the Holster Girlfriend!” while shooting at the ceiling? Why was she murdered in 1967 on her paradisiacal Isla del Sol, her body thrown into the ocean with rocks?

This is the story of a legend who was made out of flesh and bone. Dora Vivacqua gave her life in order to embody the myth of Luz del Fuego: an unmasked warrior and avenger, a heroine or a villain, loved or hated by all of Brazil. She wrote damnednovels, founded political parties and utopian islands. She danced with serpents and played with fire to hypnotize an entire country: a modern, radically free Lilith, a woman whose ideas shine brighter today than ever before.

In between the detective quest and the novelizedevocation, in between reality and memory, Javier Montes shapes genres and voices in order to follow the mysterious footsteps of a fascinating character with vibrant rhythm. He picks up threadsfrom his previous book Varados en Río [Stranded in Rio] and builds a great fresco of the time period as a backdrop: that Modern Brazil that had already faded and that perhaps never fully existed.

“There is much to read, and we can’t waste our time with irrelevant things. With his novels, Montes helped me take advantage of my time. The destiny, at the end of the road, of the best literature.” —J.E. Ayala-Dip, Correo Vasco

"Luckily, what we're faced with here isn't a regular biography that goes through Dora Vivacqua's life in chronological order, but rather with a 'mix of wanderings and investigation, that feels almost more like drifting than it does like a journey,' in the words of the author. All of this in order to discover—and introduce us to—Luz del Fuego. At the same time, the text functions as a full-color portrait of the Rio de Janeiro in the 50s where this visionary lived, an environment that we rightfully imagine as lavish and excessive... Luz del Fuego has come back to life at a moment in time when we need to be guided by the ideas and values that marked her existence more than ever. As Javier Montes rightfully points out, the importance in someone like her 'lies precisely in her radical form of going against the current: against conventions and prejudices and norms, right from the start. But even more so, going against the very fabric of pain that our world appears to consist of at first sight." —Mercedes Cebrián, El País - S Moda

"In Luz del Fuego, we're able to observe the narrator-guide's curious move from skepticism to enthusiasm, without too much drama. The book starts with a documentary-style base that is somewhat scarce, and then doesn't skimp on indicators of its own elaboration and the problematic reconstruction of the eternal mysteries that are facts...The narrator speaks about Luz del Fuego's absence within the culture of her own time. No artist painted her, no writer talked about her, no bossa nova star dedicated a song to her...It's also not about that cheesy and patronizing thing we hear about so often now: giving her a voice. It's not about "giving" anyone a voice, but about giving "words" with a singular voice that has its own tonal range, in a generous act of fraternization." —Luis Magrinyà, CTXT

“You read it without taking a breath, like the most intriguing novel.” —Francisco Arbós, Quimera

“A book by Javier Montes about this explosive artist who was a revolutionary, a dancer, a performer, an urban guerrilla warrior, an author of cursed novels, and a founder of political parties in Brazil during the 50s. Luz del Fuego is a mythical character ahead of her time, who in this book—half biography, half novel—is portrayed as a woman who changed her country.” —Expansión

“An outlandishand addictive novel that revives an entire fascinating era, that of the nocturnal Rio de Janeiro in the mid 20th century.” —Daniel Arjona, El Confidencial

“Luz del Fuego is the novel inspired by that explosive woman, who, aside from being the author of cursed novels and the founder of political parties, placed a bet on a new sexual and environmental conscience when nobody else believed in it.” —Núria Escur, La Vanguardia 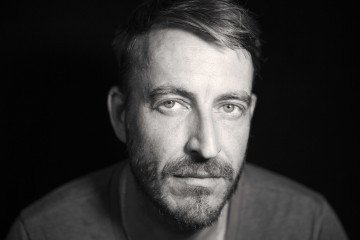 Javier Montes (Madrid, 1976) won the Premio José María de Pereda with his first novel, Los penúltimos. He then published his second novel, Segunda parte, both with Pre-Textos. Along with Andrés Barba, he won the Anagrama Essay Prize for La ceremonia del porno. In 2010, Granta included him in their selection of “Best Young Spanish-Language Authors.” He has also collaborated with El País, Granta, Artforum, and The Literary Hub, and his work has been recognized by the Civitella Ranieri Fellowship, the Leonardo Scholarship by the Fundación BBVA, and by an invitation as a writer to the MALBA residency in Buenos Aires. At Anagrama, he has also published La vida de hotel [Hotel Life] and Varados en Río [Stranded in Rio]: “Marvelous…a great exercise in the slippery art of cinema” (Michael Ondaatje); “Enviable naturalness. The reader enjoys taking their time on each page and is compelled by the desire to know the conclusion” (J.A. Masoliver Ródenas, La Vanguardia); “A convincing invention that eloquently about the breach that separates our actions from the stories we tell ourselves” (Ollie Brock, Times Literary Supplement); “Beautiful and revealing” (Inés Martín Rodrigo, ABC).