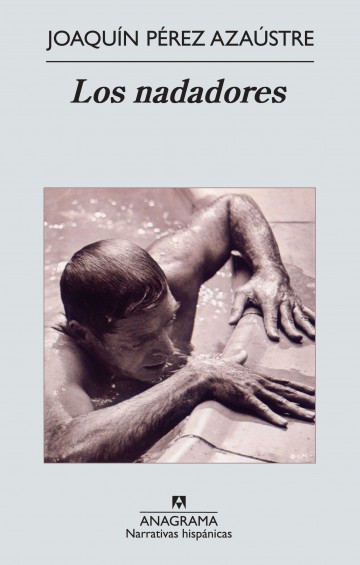 Jonás is a photographer. He works as a press reporter and has been involved in various exhibitions. But what he’s really interested in is swimming. He is an assiduous visitor to his local swimming pool, which he visits with his friend Sergio, a contented man with a good job who lives with his girlfriend Martina with whom he has a daughter called Paula. Jonás on the other hand is recently separated, lives alone and endures a melancholy and contemplative existence. And he observes. Above all he observes the other swimmers whom Sergio gives nickname - ‘the Fish Man’, ‘Australia’, ‘Bongo and Pongo’…- and whose lives away from the swimming pool they imagine. An interesting book with flashes of great literary quality.

«What begins as an urban legend advances towards the study of a terrified society, where identity is confused and values are lost... The Kafkaesque character of these pages is immediately apparent, but also present are the fingerprints of Beckett and Brecht, as artistic examples of the absurd as a moral category and as social criticism. Through a skilful combination of detective story, science fiction, metaphysical reflection, social criticism, futuristic utopia and the psychological introspection of its protagonists, the book weaves a solid and efficient narrative web. A readable and intelligent book, provided by an intriguing and fertile novelist» (Jesús Ferrer Solà, La Razón).

«The appearance of a novel like the one that currently occupies me is without a doubt an event that is important at the very least... The Swimmers is certainly well supplied with some powerful literary nutrients. Its most accomplished achievements are a result of its writing. Painstaking work, an eye for detail, lucidity; these things have made the perfect working order of an impeccably efficient prose possible... The Swimmers proposes a unique path among Pérez Azaústre’s generation, and in a certain way it anticipates the future of a novel that adequately fights off infection from all ground level realism and prefers to make use of its own self-sufficiency» (José Manuel Caballero Bonald, Letra Internacional).

«Jonás, a press photographer who lives a solitary existence, is the protagonist of this new novel by Joaquín Pérez Azaústre. Los nadadores is an existential investigation  into the depths of emptiness of contemporary life. Urban and symbolic, a fragmentation of identity and the tyranny of memory conflate into a story of disquieting textures.… Jonás is becoming increasingly alone, especially  because the people in his life are disappearing.  This is the axis of a story  that expands its aura of mystery through the roll-out of of sinuous strategies of oppression  and displacement, that brings to mind both Kafka and David Lynch… With a subtle attention to detail in the description of the domestic and the everyday that references Muñoz Molina and a dark poetic style that connects with the best of Paul Auster. Los nadadores emerges as a severe and paradoxical radiography of a time that imposes the most ferocious forms of solitude that man has known» (Alfredo Asensi, El Día de Córdoba).

«With Los nadadores, Pérez Azaústre has turned a corner as a writer, influenced by literary myth and its shadows, he offers us a poetic history that is reminiscent of David Lynch… It could also be a Sartrian novel about being and nothingness, but it’s  more a Kafkaesque novel about anguish, and invisible threats… It also has the feel of Baudelaire in the treatment of anonymity, of the expropriation of vitality and the descent into the inferno, symbolised by the enigmatic  Moon Cave… His biggest achievement is how he explores the differences between observing  one’s own life or that of another, and the fight to survive in  an alien world, even while swimming against the currents, while breathing in favour of life» (Guillermo Busutil, La Opinión de Málaga).

«Joaquín Pérez Azaustre (Cordoba, 1976) is a fine poet and the best novelist of our generation… Los nadadores is an atmospheric and strangely hypnotic novel with a verbal rigour full of precision, detail, long sentences, high-definition metaphors and a thirst for sensation… it could be designed as a detective story, but not in the sense  of Conan Doyle and Agatha Christie, but instead in the manner of  Dostoyevski when the Russian author shows us the enigma of life that does not  belong in the terminology of ‘normal’, but maintains itself on the margins  of the mystery that exists outside life. The way that the author maintains the intrigue is not by providing small doses of information but, like Kafka, giving short bursts of disinfecting anguish to the reader... I’ve learnt form this novel with a Blues rhythm, that if you don’t challenge yourself as a reader by reading complex texts, you will never achieve anything and that the sound of bestsellers lies about life» (Luis Artigue, Diario de León).

«An excellent novel,  a disquieting intrigue, a desolate story with a generational feel. Los nadadores is literature to savour like those fine whiskies that the protagonists delight in, slowly, letting each word settle on the tongue as we enter a landscape of terrifying contours. Because, of course, this is also a horror story» (Daniel Serrano, Diarioabierto.es).

«His novel displays the moments of a solitary man, that must confront the enigma of other existences» (Gilles Heuré, Télérama).

«The beauty of his writing illuminates this novel of disturbing originality, a metaphor of the loneliness of the contemporary men» (Ouest France). 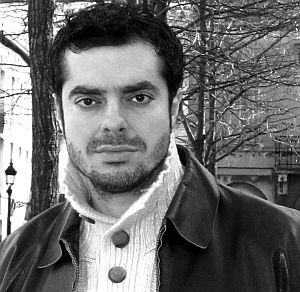 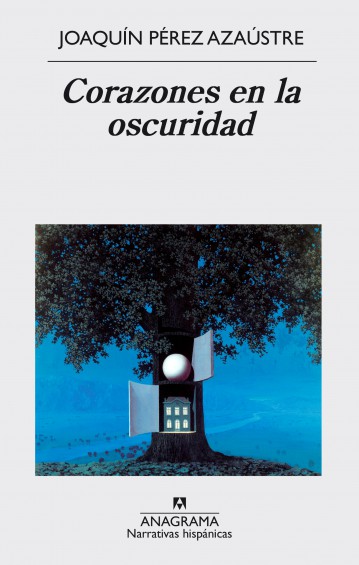