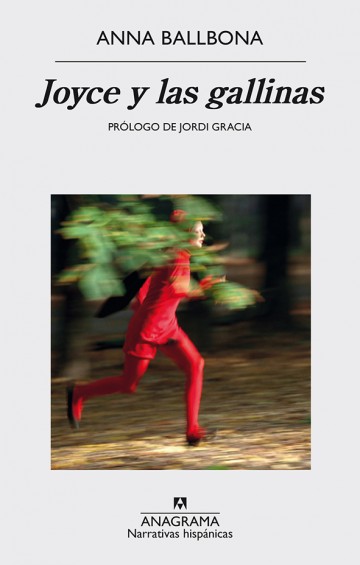 Joyce and the Chickens

FIRST FINALIST OF THE LLIBRES ANAGRAMA PRIZE 2016 FOR CATALAN LITERATURE

Joyce and the chickens begins with a realisation that requires drastic measures: existence often has no meaning so we all need to invent a pretext to keep on going. Dora, a journalist on a local paper who is dedicated to filling the pages of a column imaginatively called Here we go!, has to take the train every day from her village in the countryside where she lives, to Barcelona, where she works. A conversation between a group of psychiatric patients, neighbourhood squabbles that interrupt the relaxed reading of Il mestiere di vivere by Cesare Pavese, a trip to Joyce’s Dublin and the sugar rush provided by a Christmas procession create a sequence of absurdities that lead the protagonist of the story to distance herself from reality: is the normal really that which we consider normal? How can we move away from the path we have taken? Why do we make concessions to power relationships and ways of living that contradict our fundamental principles? Suddenly Dora starts to feel like the chicken who went crazy when she saw her father trap its head in the door of the chicken coup. Luckily, her long daily commute gives her the chance to ponder an action plan to change her life inspired by the work of the street artist Banksy.

With a humour that’s sometimes laconic and other times discordant, Anna Ballbona creates a portrait of a woman in a moment of transformation, of a confusing landscape and of an uncertain time.

«This writer smiles and looks, looks and smiles between posh people and chavs between Joyce and Pavese, without being shocked by anything but taking note of everything while she enjoys offering us the stories and the sources of the stories, in a brilliant game of versions of reality, including the outrageous one» (Jordi Gracia, El País).

«The voice of this novel is not transcendent, it doesn’t try to teach us anything and laughs at itself and its surroundings with an insulting naturalness  which demonstrates that, behind a seemingly banal tone, hides a very intelligent writer. Anna Ballbona has left her mark on the Catalan literary scene, confirming her position as a writer to watch closely within the so-called 80s Generation» (Marina Porras, Ara).

«A subtly and very effective sense of humour accompanied by a precise,effective and impeccable style… Ballbona has set off on her narrative race at a strong pace. Run, Ballbona, run, we’re going to follow you» (Lluís Llort, El Punt Avui).

«The first novel by the journalist Anna Ballbona is a mix of generational analysis, delirious storytelling and subversive criticism of people of poultry customs, inspired by the street artist Banksy.  A first book that is a whirlwind, which sets its face against past childhood fears and a difficult present» (JuliàGuillamon, La Vanguardia / CuturaS).

«Unlike so many novels about contemporary neurosis, this one has a clear difference: the protagonist contemplates the urban present through the prism of someone who grew up in a world that has disappeared–parents who were both peasants and farmers-, which has left her with a host of complexes, scepticisms and grandmotherly wisdom that insulates her against the bluff of postmodernity. “So much perplexity, oh, postmodernity”, as one of the passages says in one of the many delirious pages in Joyce i les gallines» (Jordi Amat, El Subjetivo).

«A pure fictional delight, for its spontaneity, for its masterful treatment of daily life, as well as for the humour emanating from its pages» (Santiago Aizarna, El Diario Vasco).

«When the Big Action arrives we hold our breath as if we were reading a thriller and we end up very satisfied because-despite the predictions of the protagonist-like in some Hollywood films, everything takes on an aura of perfection»  (Lluís Satorras, Babelia, El País). 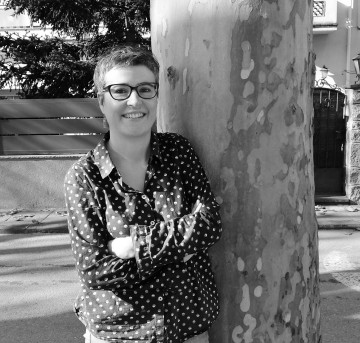