Is it possible to escape your past forever? Can ideals be betrayed without consequence? Can you fight for love, against everything and everyone? What is the path that leads our protagonist from a small village in Alicante to become a guerrilla fighting in the Colombian jungle, a debt collector in Madrid and an executive in a media group?

Everything kicks off after an absurd domestic incident involving some chickens, a blocked door and a fall from a rooftop with nasty consequences. During the convalescence, stuffed with pills to fight the pain, José Centella tells his life story to a friend and through an action-packed succession of events, the reader travels to the Colombian jungle, discovers the hidden bases of the guerrillas, is a witness to armed attacks on munitions dumps and summary executions for traitors to the cause, to passionate love and just as passionate jealousy, to urban guerrilla warfare, where the main weapon is seduction, and to a dramatic escape that makes it necessary to reinvent yourself and become someone else. But the ghosts of the past refuse to disappear and then return when they’re least expected.

Manuel Gutiérrez Aragón has written an entertaining and dramatic novel featuring a contemporary anti-hero who moves between the remote rain forest and the jungle of the boardroom, a guerrilla transformed into a businessman in a tale involving fat moneylenders and dodgy dealings in the world of cinema; but this is also a love story, with a beautiful guerrilla, the wife of a general, a chemist, a psychoanalyst and a step-daughter in the middle of a post-adolescent crisis; a novel of ideas about idealists, dogmatic followers and traitors of a cause, and of themselves.

«The vivid portrayal of Centella´s character manages to achieve that he comes across as neither disillusioned nor remorseful to the reader but instead seems to be a survivor who embraces his work as a debt collector and his life in business with the same radicalism with which he embraces love, and with which when faced, as Kierkegaard has said, with “the clamor of war”, he once embraced arms.» (Iñaki Ezkerra. El Correo Español).

«A novel with a contemporary antihero who goes from the remote rainforest to the business jungle.»(El Progreso).

«It is almost a monologue that goes through his life trying in some way to explain it. A story told swiftly and with agility, and with something key: intrigues for the reader. This novel will trap you... Pace and action proceed without pause, it is the furthest from a static life that you could find.» (Antonio Garrido, Cuadernos del Sur). 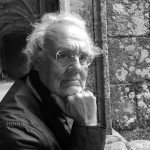 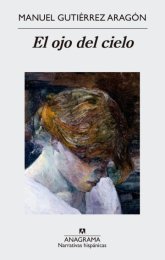 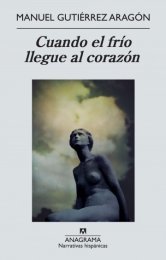 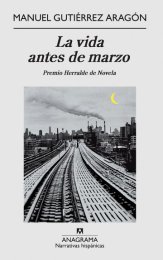