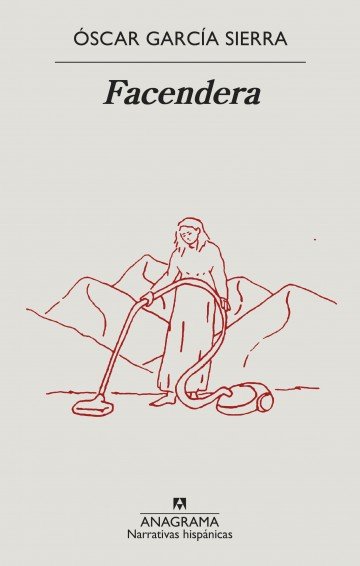 A surprising debut about the art of shaping the person you love with words.

Facendera is a sort of community work that mobilizes an entire village with the same objective.The narrator of this novel explains the term to Aguedita in the middle of a party, where he tells her a story while she interrupts with her questions.A story about the son of the pharmacist and the daughter of The One with the Feed, about a town in Leon where they’ve closed down the mines, the central terminal will be demolished, and there is no future. A story about people without expectations who consume bricks and pills that combat a pain that is as real as the anxiety and depression that everyone feels. And it’s also a story about love and sex, about customized cars, encounters in gas station parking lots, dust from the ruins of a chapel, experiments with roosters and rooster testicles.And, above all, a story about those who tell stories in order to seduce, manipulate, fool.

A novel about what it means to be young in a shithole town, about a Spain that is empty and desolate, but also shameless and radically against itself— that branded Spain that can perhaps be saved by a collective fiction and a sort of idea of a community.

«It’s like being at a party full of strangers and, suddenly, someone whose face you can’t quite make out starts telling you a story that is so sweet, so engaging, and so dark that you don’t want to take your attention from it even for a second.That’s what I felt while reading Óscar García Sierra’s first novel: helplessness, strangeness, tenderness, drunkenness.The truth is, I still haven’t been able to escape from Facendera’s claws. If I were you, I would let myself be overwhelmed» (Luna Miguel). 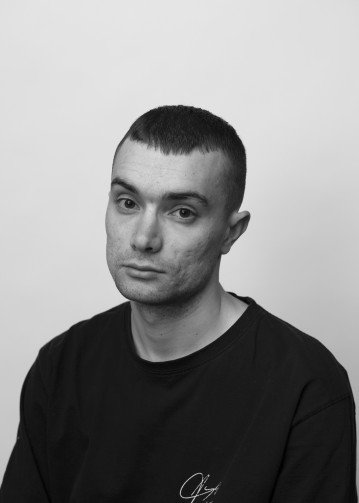 Óscar García Sierra was born in León in 1994 and lives in Madrid. He has collaborated with anthologies in Mexico (Pasarás de moda and Hot babes), Argentina (1000 millones. Poesía en lengua española del siglo XXI), the United States (The Poetic Series, Noon on the Moon), and Spain (Millennials). His poems have appeared in publications like Tenían veinte años y estaban locos, New Wave Vomit, Ciudades Esqueleto, Playground, Efecto 2000, and Revista tn. He is the author of the poetry collection Houston, yo soy el problema.