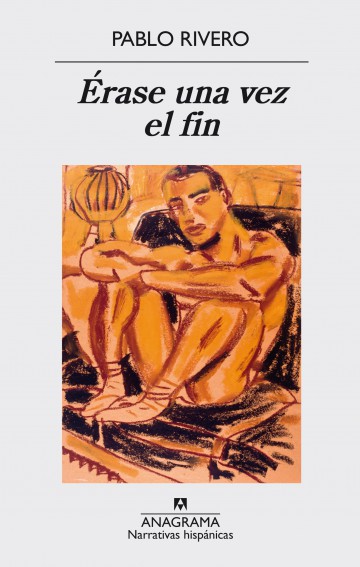 Once upon a time there was the end

A portrait of the northern Spanish town of Gijón with echoes of Vian, Goodis and Welsh as the city prepares to celebrate Christmas. An alcoholic hotel pianist who still lives with his parents, runs up a debt for less that one thousand euros. Pursued by his creditors, he begins a perilous descent in which, like a modern Scrooge, he comes across the ghosts of his past. This novel by Pablo Rivero –the most important representative of «Barrio literature (aside from Casavella)», according to Kiko Amat– asks itself if redemption really exists in an environment without hope, sustained by precarious employment and unemployment, by abuse, class hatred and self-hatred, addiction, sordidness and disgust. And it does so with an adrenaline-fuelled style that defines the author. A book that provides a reality kick.

«Rivero doesn´t turn his face away from anything, nor does he moralise or ask for forgiveness.» (Kiko Amat, La Vanguardia).

«Pablo Rivero is one of those valuable writers able to create a whole world from the first page.» (Álvaro Mangas, A Revolta. Magazine Cultural Online).

«Two qualities that Rivero displays perfectly are the intensity of the proseand the contention of narrative facts… And I would add another quality: a control of the different registers of language» (Antonio Garrido, Sur)

«The writer from northern Spain never attempts even to provide a semblanceof hope. And the protagonist of his new novel, with intriguing echoes of apocalyptic noir, proves it. A visceral narrative, pure and direct, even addictive like a drug» (Natalio Blanco, Diario 16).

«Érase una vez el fin provides a rare register: an aggressiveness against a world that leaves no stone unturned, prodding the most intimate feelings of the reader… The lucidity of the narrative voice gives density to the virulent and shattering confession. Pablo Rivero recreates with an unusual rhythm and intensity the glow of misery and the exasperation of a tormented character. An intense and essential work» (Santos Sanz Villanueva, El Cultural).

«A kind of nihilistic and savage thriller that also works as a portrait of a Spain that exists in the sewers of desperation. Astrong and necessary shot of reality in a novel that sweats, bites and smells: a suburban ballad that becomes a radiography that is sad and ferocious» (Juan Cervera, RDL).

«The sordid and degrading story of someone who doesn´t love himself and who survives without hope while waiting for the world to end. A sombre chronicle with a punk attitude of an environment populated by those who have been disinherited by the welfare state, by pariahs and by a lost generation who emerge only at night. A deranged trek to the end of the night… written with a forceful style, dizzy with fury, full of grim, sordid and powerful images and a narrative voice that resounds with a convincing vision of the desperate and degraded underbelly of Gijón» (El Diario Vasco).

«Junkies, dealers, grifters and freaks parade through the atrophied panorama of a world without hope. But the descriptions are full of a lyricism of disgusted beauty and angry expressiveness. With a fresh prose full of incisive metaphors and desolate dialogues which flow effortlessly through this edgy and transgressive novel, great in its well defined aesthetics of failure, simple and elaborate at the same time, disturbingly lucid and poetic.» (Jesús Ferrer, La Razón).

«Érase una vez el fin is addictive and absorbing. Pablo Rivero is one of those valuable writers who doesn´t need six hundred pages to leave the reader shaking. A real find. » (niundiasinlibro.blogspot.com.es).

«It´s hard to find a writer with such an amphetamine-fuelled prose as Pablo Rivera on the Spanish literary scene. He sharpens every sentence with the knife of discomfort and rage. An heir to Dostoyevsky, Céline, Ginsberg, Hubert Selby or the Irvine Welsh ofTrainspotting… A sombre metaphor of treachery and death, the impossibility of tarnished dreams or how global hyper-realism has made our cities uninhabitable pits of selfishness and egotism in which even childhood is no longer innocent… The best thing about Pablo Rivero is that hemanages to express in a few pages what some of the best essayists of our times struggle to explain in erudite volumes full of quotes and biographical references. Read it. Another ballad of despair that arrives from the abandoned suburbs of the heart.» (José Luis Argüelles, La Nueva España).

«Érase una vez el fin vindicates that voracious and voiceless narrative that has almost disappeared from our literature because of the fashion for political correctness… An extraordinary book… tough and written with the most poetic precisionof the last few years in Spanish writing… Genet, Onetti or Celine come to mind in pages dedicated to narrating the persecuted night of a pianist who owes thousands of euros, a night in which the narrator evokes dozens of lives, from family–who judge without pity–to prostitutes, pensioners, drug addicts and pensioners. Everything is devastating, unredeemable… A book that says more about life on the margins of society by showing its inherent immorality and cynicism than any of those self-styled “committed writers” of our days, who write as if the saddest thingthey have seen in their lives is a Christmas ad» (Alberto Olmos, El Confidencial).

«The disquieting chronicle of a descent into hell of someone who, in another life, used to be like us.» (Pablo Antón Marín Estrada, El Comercio). 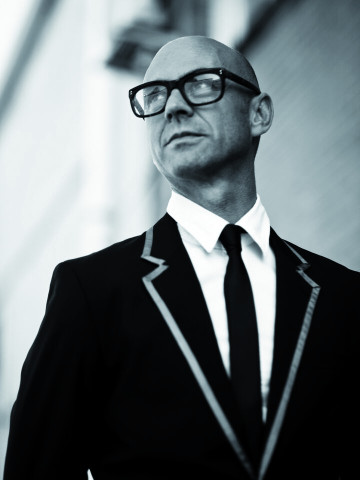 Pablo Rivero (Gijón, 1972). Waiter, bricklayer, docker, recycler of ink cartridges, warehouse worker, teacher, musician and songwriter for underground rock groups are just some of the occupations which have allowed Pablo Rivera to meet countless characters from different backgrounds as well as build a unique vision of life on society’s margins. Sometimes he also writes books, like La balada del pitbull (2002), which became a cult classic and Últimos ejemplares (2006), a novel about youth and failure.