This book begins with the death of a father, announced at the bedside of a son, and ends three decades later, on the same day of the year and in the same house, where the interruption of thieves brings to light the past of two lovers hidden in a black box.

During this time, beginning with the meeting between a 35-year-old writer and a young student who writes poetry, the book unfolds a double self-portrait set in the changing Spain of the 1980s. A novel of memories and a narrative essay about the illusion and resentment of love.

«Molina Foix’s and Cremades’s letters afford some exquisite ironies, and their writers deserve all credit for the honesty with which they now acknowledge their dishonesties of that time… It is perhaps in this, more than in its dual authorship and innovative structure, that this work of reminiscence is such a departure for Spanish letters-albeit one whose significance is likely to pas beneath the radar in the English speaking world... A lyric novel explicitly set in epic times» (Michael Kerrigan, The Times Literary Supplement).

«An emotive biography, told with two voices […] which reconstructs, from twenty letters shared between its protagonists, the memory of the beginning, and end, of a love story and of the lives of those who fell in love during a 34 years in which the protagonists (and we) experience a lot. A brave, beautiful and, in some ways, darkbook, which proves the point that “all men and women, in all possible coupling combinations, love each other the same way, at least on the outside"» (Manuel Rodríguez Rivero, El País).

«The Unwelcomed Guest provides a novel approach and successful originality to the, as far as I know, rare cases of writing a single text by more than one author. This book of undefined genre ( novel, chronicle or autobiography ? ), could have been restricted to a story of intricate difficulties in a relationship, but it achieves an equally important documentary value… Intensity and depth of the romantic novel deployed on several fronts». (Santos Sanz Villanueva, El Mundo).

«One of the most moving and intelligent novels I have read in the last few months if The Unwelcome Guest, where Vicente Molina Foix and Luis Cremades bring together in two voices the memories of their intimate relationship at the beginning of the 80s» (David Trueba, El País).

«A delightful surprise… The Unwelcome Guest narrates the autobiographical relationship between a thirty-five-year-old writer and a young student who writes poems. But above all, it is a book about a close, fresh portrait without complexes or half-measures of the 80’s in Spain, with real characters that made the night a common place for creative expansion» (Natalio Blanco, Cambio 16).

«The end result of the novel is magnificent, but above all it is emotionally spotless. The desire for transparency (impossible) is so honest in both characters that, even in the dark of night, there is a barely visible ray of light … In the end, what they give us is an x-ray of love or, at least, or a painful and illuminating landscape of passion» (Alejandro Gándara, El Escorpión).

«In the final chapters, Cremades offers what could be the seed of a new book about his current circumstances. On the other hand, Molina Foix, establishes himself, step by step, as one of the greatest authors of Spanish Literature and as a perfectly stylist» (Enrique Juncosa, Última Hora Ibiza).

«Fascinating… the great originality of its approach cannot deny the literary ability of the work. It is a novel, and as in all great contemporary novels, autobiography is excellent fiction material» (Joaquín Pérez Azaústre, diarioabierto.es).

OTHER TITLES BY Vicente Molina Foix 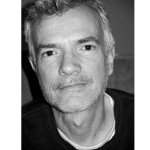 Luis Cremades was born in Alicante and lives in Jijona (Alicante, Spain). He has published three books of poems: El animal favorito, Los límites de un cuerpo y El colgado, and a plaquette as well called Los poetas viejos. Since 1980, and for almost thirty years, he lived in Madrid where he graduated in Sociology and worked as Human Resources consultant. Cremades has translated technical texts and has published literary translations, along with his several collaborations in cultural and news magazines. At the first years of 2000’s he taught Literature in the already disappeared Escuela de Letras of Madrid.