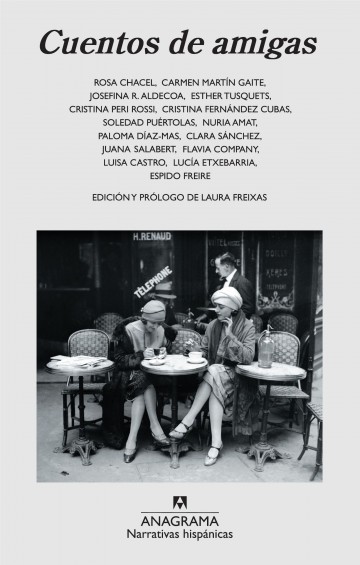 The Friendships of Women

After ‘Madres e hijas’, this new anthology of stories, edited by Laura Freixas, explores another crucial realm of experience for women: their friendships. ‘Cuentos de amigas’ includes already published stories by some of the most important female Spanish writers of the XXth century: Rosa Chacel, Carmen Martín Gaite, Josefina Aldecoa, Cristina Peri Rossi, Cristina Fernández Cubas, Soledad Puértolas, Nuria Amat, Lucía Etxebarria and Espido Freire. Others have written stories especially for this book, including Esther Tusquets, Paloma Díaz-Mas, Clara Sánchez, Juana Salabert, Flavia Company and Luisa Castro. These stories are about confidences, lovers and neighbours whose friendships are compromised by class difference… but mainly they are about friends, with all that that entails in terms of love, support and admiration; but also rivalry, obsessions and betrayal. Is this book ‘women’s fiction’? Yes: in the sense that the work of these writers has re-shaped the history of literature by giving female characters the presence that they had never had before. It is ‘women’s fiction’, then, but not fiction ‘about women’ or ‘for women’: this is a book for everyone, man or woman.

"In Cuentos de amigas, every page reflects a wide variety of feelings and relationships between women, whether they are confidants, neighbours whose friendship cannot survive the difference in class, lovers, young girls who, now old, are remembering a favourite teacher, or simply friends”. Diario de Pontevedra

“...Cuentos de amigas aims to draw a literary map of the many different kinds of relationships that can arise between women”. Laura Fernández, El Mundo

“Freixas throws her hat into the ring of ‘women’s fiction’—that is writing by and about women—after years of writing essentially ‘male’ literature”. Sara Carreira, La Voz de Galicia

“A celebration of friendships among women!” Clara 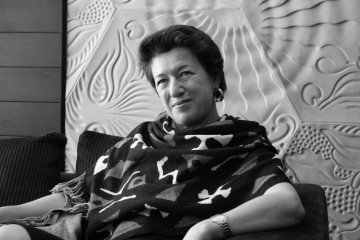 Laura Freixas (Barcelona, 1958) is the author of short-story collections (El asesino de la muñeca, 1988, Cuentos de los cuarenta, 2001), novels  (Último domingo en Londres, 1997, Entre amigas, 1998, Amor o lo que sea, 2005), an essay (Literatura y mujeres, 2000) and an autobiography (Adolescencia en Barcelona hacia 1970, 2007). In 1987 she founded the literary collection El espejo de tinta within the publishing house Grijalbo, which she directed until 1994 and in which she published contemporary authors, among them Amos Oz and Elfriede Jelinek, of whom she was the first Spanish editor. She has translated and written prologues for books by Madame de Sévigné, André Gide, Colette and Virginia Woolf. She edited the monographic edition of the literary magazine Revista de Occidente dedicated to personal diaries (July-August 1996). She has published columns and criticism in the newspapers La Vanguardia, El País and in other media. In 1996 she coordinated and wrote a prologue for an anthology on contemporary Spanish women writers called Madres e hijas, published within the same series. After having lived in Paris and in Bradford and Southampton –where she taught Spanish at both of those cities’ universities— she has lived in Madrid since 1991.