Right in Front of You

Ponciano Palma and Sixto Araiza planned everything to perfection. Firstly, they awoke the never-dormant avarice of  Serafín Farías: the wealthy owner of a transport company. Serafín is the boss, the exploiter who feels like ‘The Man’ because of his absolute power over his unfortunate employees. They do this by speaking to him of some prime land available for quick purchase at  a bargain price. After he’s taken the bait, one of them calls him up pretending to be Idilio Villalpando, the non-existent owner of the imaginary land for sale. The caller claims to be a distant childhood friend of Sixto’s and offers to show him this great opportunity, which is a long way from where the exploiter lives.

The three of them make their way there, and in that distant and deserted spot Ponciano and Sixto kill Serafín Farías, and drive his truck off a cliff. Then they split up, one of them escapes east, the other west. But sometimes when vengeance is wrought, the consequences can be unexpected.   Ponciano and Sixto, who thought they had committed the perfect crime, find themselves lost in the Sada’s always surprising Mexico, disappearing into another interior desert, during an escape forwards, backwards and everywhere, pursuing false  and authentic dreams, searching for another life, or for another direction in this life.

A la vista is a tragicomedy, or a comic tragedy, where once again one of the best contemporary Mexican writers shines, a constructor of baroque verbal edifices, but also faithful to the rhythms of the spoken word, of the popular writers, of the  happy charlatans.

«Daniel Sada has created a unique universe in which the most dramatic and crazy situations can co-exist. The chronicler of a Mexico that is as real as it is imagined, in search of the close and, at the same time, distant goal of creating a single tongue, that is baroque, colloquial, musical, and when necessary, invented. His novels are delinquent, inspiring more sympathy than fear, telling of love in conflict with all the stereotypes of love and but which manage to feed off those stereotypes and manipulate them. A place where attraction, or better said, sexual necessity sustains impossible relationships» (J.A. Masoliver Ródenas, La Vanguardia).

«Sada, of course, writes about the province as you can only do by moving between two centuries, once again describing that ‘desert baroque’, which Bolaño spoke about so enthusiastically» (Christopher Domínguez Michael).

«A great follower of Westerns and the Bible, Sada understands about duels under the sun. His protagonists swap barbed sentences... Famous for his use of language, Sada is also a great developer of plots » (Juan Villoro).

«Sada,without doubt, has written one of the most ambitious works in the Spanish language, comparable only to  Lezama, although Lezama’s baroque, as we know, is set in the tropics, which is well suited to the form, while Sada’s baroque takes place in the desert.» (Roberto Bolaño). 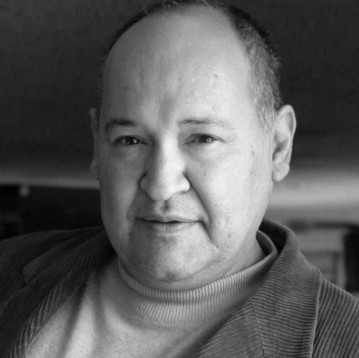