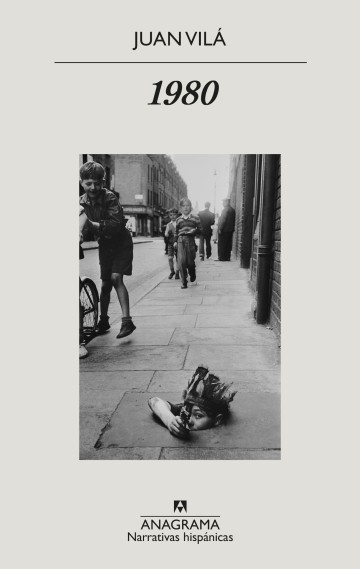 1980: The year this novel’s narrator met his new father. A settling of scores with the past and with family history.

“I went to Barcelona, but I wasn’t looking for my father,” explains the narrator in the first line of this book. He went to Barcelona to present a novel, but the city inevitably brought memories of his father and the crucial year during which they met: 1980. That father was in reality a stepfather, because his biological father died in a car accident when the narrator was very young.

If Tolstoy wrote about how “Happy families are all alike; every unhappy family is unhappy in its own way,” this is the history of a singular family, and also a wondrous exploration of the narrator’s conflicts with his mother and brothers and of the secrets behind this improvised father, whose story takes us all the way to Barcelona before the Civil War.

“Juan Vilá, yes sir: the delinquentwriter. Someone willing to smash a story to pieces if that’s how he’ll be able to construct a true novel, one capable of drenching the reader, of pulling him away from literature that is inoffensive and prophylactic.” —Karina Sainz Borgo

“Behind the violence and teeth grinding of magnificent writing, we can perceive the voice of a trembling child. Concentrating so much love and resentment into one novel isn’t easy. 1980 is brilliant, brave, distinct. Great words.”—Marta Sanz

JUAN VILÁ was born in Madrid in 1972. He has a Degree in Philosophy but works as a journalist for several media. In 2012 he published m, his first novel, and in 2014 Señorita Google.