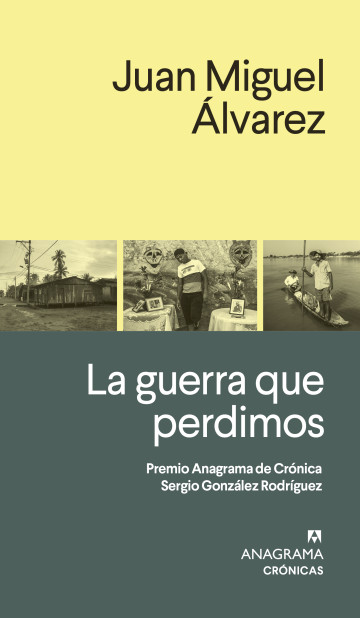 The War We Lost

Winner of the 2022 Anagrama Chronicle Prize

Out of the eleven chronicles that make up this book, the oldest one is from 2014 and the most recent one is from 2021—years that go from immediately before to immediately after the signing of the Peace Agreement. Several of them tell stories that happened long before any government official was able to sit down and negotiate with the most orthodox and rigid guerrilla commanders. Others cover people whose lives were impacted by this agreement. All of them can be read as different ways to be in or fall victim to this war, in the midst of the specific circumstances of each territory.

This isn't a book about war. It isn't even a book about those who participated in it. It is, more so, the intimate story of a reporter who stumbles at every crossroads with splinters and scars, like someone picking up the broken pieces in the farthest corners of the national geography in order to try to put together something that resembles an explanation. What happened to Colombians? Perhaps it's premature to offer answers, but the traces are there—the vestiges of a holocaust where lines, alliances, and real motivations become blurred. War is something that occurs in another place and in another time: in that past that is still in the present tense.

“A powerful and detailed testimony (…) the work of a great reporter.” —Felipe Restrepo Pombo

“In this book, written by one of the best contemporary Latin American reporters, all of the virtues of what has always constituted good journalism are on display: going to look, returning, and telling a story.” —Leila Guerriero

“A great exercise in true journalism: the kind that knows how to speak and, above all, knows how to allow other to speak in order to help us understand something that has been so misunderstood.” —Martín Caparrós 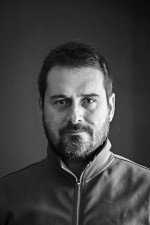 Juan Miguel Álvarez (Bogotá, 1977), is an independent reporter on culture and human rights. He writes for different print and online magazines and is an editor at Baudó Agencia Pública. He is the author of Verde tierra calcinada, a book that was recognized as one of the best Colombian books of 2018. He also wrote the non-fiction book Balas por encargo (2013) and contributed to the anthology Lugar de tránsito (2021). Aside from receiving recognition from the guild in his country, he was a finalist for the Premio Gabo in 2015 and 2017, and for the True Story Award in 2019. He lives in Pereira.