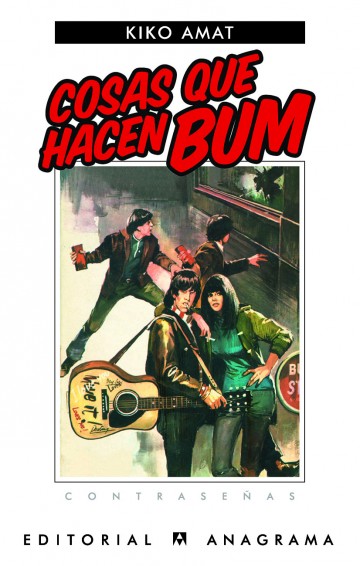 Panic Orfilia’s biggest problem is an obsessive fixation with almost everything. This half-English, half-Catalan orphan lives in Sant Boi, a non-descript suburb of Barcelona, with his great-aunt Angels, who is a member of the ‘Institut for Public Vandalism’. Angels is the only fixed satellite that orbits around the delirious mind of Pànic, accompanied by other erratic obsessions: including Surrealism, Satanism, the Situationists, Max Stirner, Soul music, masturbation and Eleonor, a girl from his school. When Panic turns twenty he moves to Barcelona. There he attempts to study Romance Languages and meets and falls for Rebecca. But he also joins the Vorticistas: a weird group of revolutionary dandys who inhabit the alternative Barcelona neighbourhood of Gràcia and who have hatched a violent revolutionary plan. Panic desperately tries to keep Rebecca, while the Vorcistas push him further towards a chaos fuelled by amphetamines and dynamite. ‘Things that go Boom!’ is a novel that joyfully plunders elements from pulp and punk, from pop songs, to Edward Limonov, Jim Dodge and John Fante. A vibrating book about obssesion, narrated with a sweet and sour sense of humour and an apparently simple and always sharp prose.

«Just for once I ask you, I beg you, to stop what you are doing and to go out and buy, or rather, to devour Cosas que hacen BUM. You honestly won't regret it» Ernest Folch, EL PERIODICO

«In this novel we find the most ironic and irreverent Kiko Amat, who even laughs at his own myths... He has already produced two funny, lurid and shrewdly snobbish novels we expect the best from him» Julià Guillamon, LA VANGUARDIA «Agile, fresh and tremendously irresistable» David Morán, ABC «Things that are worth it usually go BUM. Amat weaves them into a bouquet of dynamite, full of bright primary colour» ADN. «An amusing novel with a perfectly judged pace that increases as the novel advances... A book that situates Amat as one of the literary cartographers of today’s Barcelona» Álex Gil, GO

«A coming of age story that once again underlines the virtues of this author: tenderness, irony and narrative skill» QUIMERA

«Sometimes it is predictable, often it is imaginative and almost always it is great» Lluís Llort, AVUI «KIko Amat can shout bingo! His second novel has come out perfectly. This could easily become a classic in literature about Barcelona, with a central character in tradition of Juan Marse’s Pijoaparte, or Onofre Bouvila from Eduardo Mendoza’s La ciudad de los prodigios... A compact story that, literally, makes you laugh yourself silly. Loud, scandalous and impudent laughs» Lolita Bosch, REVISTA DE LIBROS

«A ‘boom’ as loud as the pages in this novel (every sentence is a bullet), which vibrates with the music of the sound-track that accompanies it... Kiko Amat has managed to create a novel that is quick but not hollow; cinematographic but written with rich prose; hilarious but sometimes disquieting... » Francisco J. Escobar, ARCADIA (Colombia)

«Providing those brief shivers of metaphysical anguish is the highest goal that art can aspire to. With its passionate imperfection, Amat’s book has achieved that. I knew it was going to be a good day» Rafael Tapounet, EL PERIÓDICO 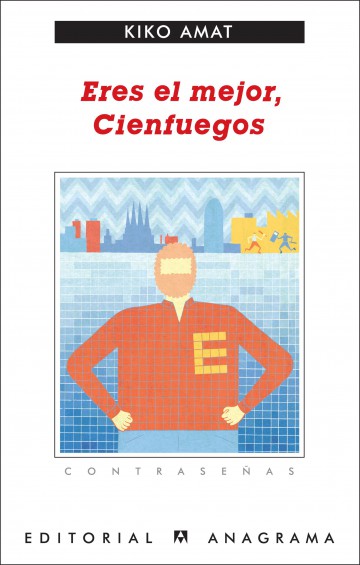 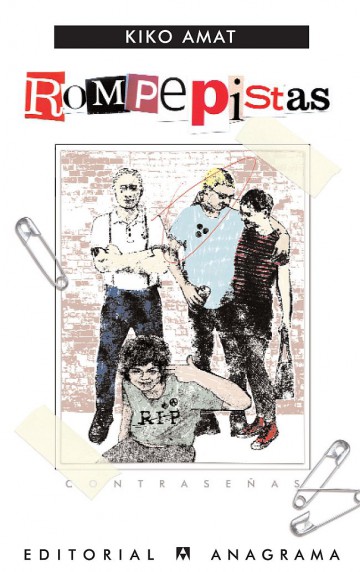 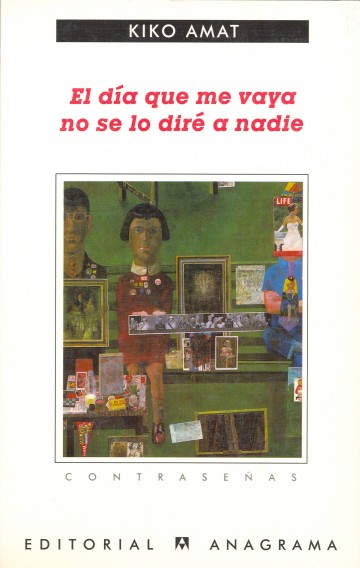