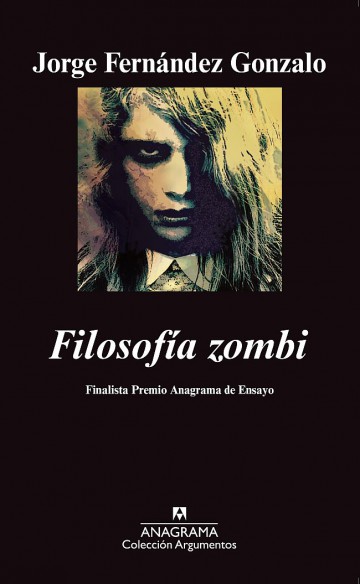 Jorge Fernández Gonzalo
PAGES:224
SERIES:Argumentos
Philosophy from the zombies’ point of view. Through the cinematic production of George Romero and other works within the genre of the living dead (films, comics, TV series and videogames), Filosofía zombie constructs an original analysis of the society of control and the technology of mediation that separates us from reality. The zombie represents anun-construction of the other, a lack of the other that is the perfect channel for the reality/being of post-capitalist society.

In that way, the plagues of walking dead that populate our fiction become metaphors to understand the complexity of postmodern society. If Maurice Blanchot defines death as that which manages to escape the event, these horrifying undeadrepresent this prolongation, representing, through their spectacular visual codes, anencounter betweenprimal fear and the nature of being. Zombie ontology rediscovers the intimate spaces that have remained buried beneath the current techno-affective paradigms, through mass advertizing and uncontrolled hyper consumption, where the fictitious threat of the apocalypse and the total collapse of civilisation that usually accompanies these narratives constitute an oblique critique of contemporary society and its love of spectacle and technology, as authors like Baudrillard, Debord and Deleuze, among others, have already recognized.

Filosofía zombie studies the problem of writing and comprehension through seven chapters: how do we write and begin to understand the world around us? Which essential code will explain the architecture of the discourse once the pandemic strikes? In a sense, the zombie, as an idea, ‘the zombie-concept’, as described in the book, would consist of another turn of the screw in the labyrinth of contemporary philosophy, in an effort to abandon the perimeter of the everyday, as suggested by Robert Kirkman, the author of the successful series The Walking Dead, and that way accept the challenge of reimagining the ‘technofied’ society in which we live.