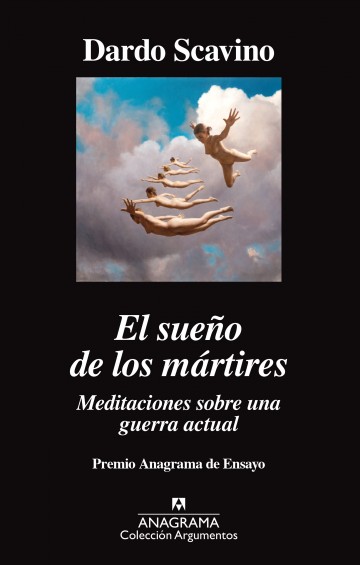 The Dream of Martyrs: Meditations on a Contemporary War

Once the Cold War was over and the academics proclaimed “the end of history”, a new phenomenon emerged, marking the 21 century: Islamic terrorism, that attacked the West and dreamed of a transnational caliphate. This is a theme that has largely been reflected upon, discussed and written, but that is still surrounded by a nebula of paradoxes and clichés. This essay tries to analyze and understand—not justify—the reasons behind this disturbing reality.

The author considers that we are, after two World Wars, before our first global war, because this one is not between states, and its battlefield reaches every corner of the world. Drones fight martyrs – with the obsession of the US to reduce its own casualties to zero, and the preeminence of military solutions instead of political ones, promises nothing good. But to understand this without falling into clichés, we need to delve into the roots and motivations, to explore crucial aspects that are rarely in the spotlight: the weight of history, from the idea of the Caliphate to Afghanistan as one of the last settings of the Cold War,  how and why the movement started with the Arab Spring—anti-imperialist, secular and socialist—has  opened the door to Islamism as an uniting ideology; the origin of the concept of martyrdom and the paradox that many of the aspiring martyrs come from the West and are children from immigrants who have studied in secular schools; the political motivations that hide behind the religious façade stained with epic and sacrifice; and overall the confrontation of two antagonistic concepts of freedom and the relationship between the individual and the community.

This is a book that raises some uncomfortable questions trying to find out the real keys to a conflict that is still unfolding. A book that puts thinking at the service of understanding of reality in all its complexity.

«This book is not just a reliable and brilliant anatomy of the motivations of Jihadism, but a challenge to the false innocence of the West, its own messianic speech and its old propensity to providencialism. Bush also built a war of Good against Evil»    —Jordi Gracia

«It is fascinating, when one reads a book like this one, to see how the voice of the narrator transforms into the voice of a companion, a wise conversationalist about a problem that concerns all of us. A conversation that is not about fear, about the unavoidable differences, about cultural misunderstandings but about social and political  transformation of a world for which is every time more difficult to draw the skylines» —Chus Martínez

«In light of this global war that started on September 11 and still causes desolation with terrorist attacks, selective murders and bombings, Dardo Scavino tries to understand its main characters without justifying them politically or morally. And his reflection, from his own personal experience as a professor, shows readers the crusades of drones, homicide robots for a post-heroic war, in a book that should generate a clarifying debate » —Joan Riambau