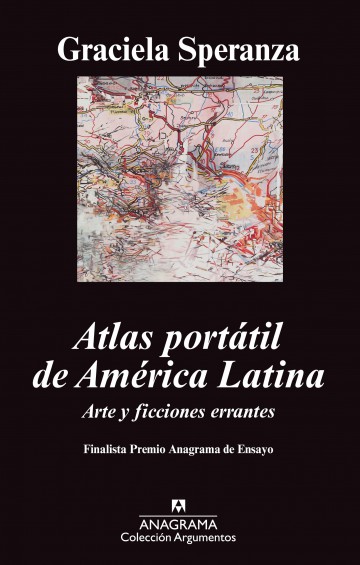 Influenced by the many forces that blur the boundaries between continents, states, and local cultures, the 21st Century world has undoubtedly become a more fluid and navigable place. New errant forms of art and fiction from Latin America seem to speak of this, with their mobile fixtures that spring from various successive or simultaneous cultural roots. This has shown itself to such a degree that we have to ask ourselves if Latin America still really exists and if there is still art and literature we can call Latin American. Despite this, the more congenial version of globalization, posing as the stage for reconciling cultures, has not succeeded in fooling us. Confronted with such condescending multiculturalism that exalts diversity without attempting to change neither the direction nor the structures of power of these exchanges, and with a new exoticism that turns that of the Other into collectable fetishes, it has become necessary to rebuild the map of the continent. It is important that we pay attention to the wisdom of an art that reconfigures the world without signs of the origins that precede it and one which amplifies the horizons of the diverse without losing their singularities. This is what this Pocket Atlas of images does: it looks for answers to questions about Latin America as a location in the work of artists and writers who create imaginary cartographies, catalogue new urban routes, and reveal ghostly relics from other traditions or times. They open themselves up to hazardous relationships or they confine themselves to spheres of isolation.

Graciela Speranza believes the Pocket Atlas to be a starting mechanism for knowledge by display, sensitive to analogies, migrations, and discontinuities. Unusual, accurate, and shrewd, her critical writing cuts out and reconstructs the pieces from mobile constellations, explains the trajectory of the gaze, explores the art that comes from the space between images and words, and invites the reader to read between the lines. Speranza believes above all in the potency of the artistic imagination, which can instigate dissent against the status quo and discern the shape of things still inaccessible to other languages.

Graciela Speranza (Buenos Aires, 1957) is a critic, narrator and scriptwriter in cinema. She teaches Argentinean literature at the University of Buenos Aires and contemporary art at the University Torcuato Di Tella. Among other books she has published: Guillermo Kuitca. Obras 1982-1998, Manuel Puig. Despues del fin de la literature, and with Anagrama she has had published: Fuera del Campo. Literatura y arte argentinos despues de Deuchamp. She has also written two novels, Oficios ingleses and En el aire. She has colalborated with cultural supplements of the newspapers Pagina/12, Clarín y La Nación and she directs, along with Marcelo Cohen, the magazine of literature and arts Otra Parte.