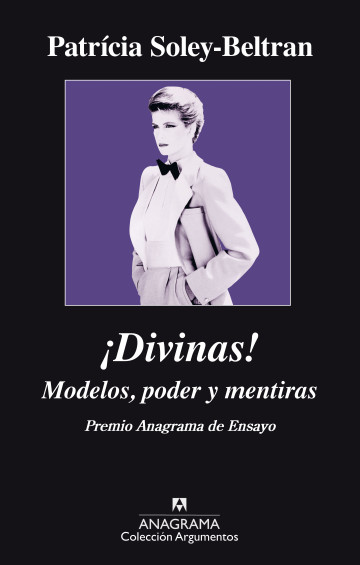 To be or not to be, Rita Hayworth or a French intellectual? The search for answers to this youthful doubt led former model and sociologist, Patrícia Soley-Beltran, to an exciting journey from catwalks to ancient British universities. An insider within a closed industry, the author’s unique profile brings together the personal, the academic and the political in a daring research on fashion models as cultural icons. Combining thoroughness with humour, Soley-Beltran exposes the model as a disposable goddess, a sort of lay trinity manifesting itself as a standard for female imitation, as an object for males’ desire and power display, and as a vessel for cultural ideals reigning over all.

Divine! is a lucid game of mirrors opening our eyes to commonplaces related to ethics and aesthetics, norms and transgression, body and knowledge, love, sexuality and affect. The rules encrypted in our daily images are decoded by the author to expose the model as an ambassador for visual neo-colonialism. Glamour is unmasked as capitalism’s liturgy, a form of soft power appropriating iconography and religious rhetoric to conquer by means of seduction. Unexpectedly, the definitive baring of the ‘model identity’ arrives from a usually silent front: the testimonies of models themselves.

Avoiding puritanism and condemnation alike, this cutting edge essay invites us to revise our ways of seeing, thinking and desiring. Divine! is a highly engaging and accessible book for anyone who has a body and inhabits contemporary consumer culture.

«This book, written with a fluid and accessible style, will be useful for specialistsand enjoyable for ordinary readers. Very recommendable» (Luisa del Rosario, Canarias 7).

«An incendiary study of the fashion industry and its sexist, racist and absolutely damaging treatmentof women… A bookthat promises to become a reference, because each one its chapters throws light on the reality of a world that we are told is glamorous, but in reality is a prison that condemns and destroys without pity… Soley-Beltran wants to give us a new perspective, and that’s why she bares all in these pages using her own experiences to tell the story and creating a portrait of the world of fashion that we have never been seen before, but which we all deserve to know» (Luna Miguel, Playground).

«What makes this a one of a kind book is the fact that it is an exploration not only biographical but also sociological about the identity of fashion models» (Lourdes Ventura El Mundo – El Cultural).

«A study about fashion models, analyzed by an insider in this glamorous profession» (Luis Fernández, La Razón).

«Divas! is the final result of 20 years of studies and 4 years of writing» (Ignacio Orovio, La Vanguardia).

«Divas! is an academic, political and personal research peppered with confessions and humor about the world of fashion» (Leticia Blanco, El Mundo).

«This book is an autobiographical and academic examination of the way that the female body is manipulated by the fashion and advertisement industry… It shows the sordid side of the catwalk…» (Lucía Méndez, El Mundo).

TED TALK in English in here.

Interview in English in Barcelonogy. 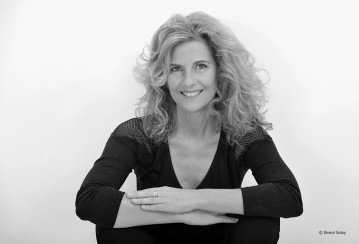 Patrícia Soley-Beltran was born in Barcelona. She holds a PhD in Sociology from the University of Edinburgh and a Master of Arts in Cultural History from the University of Aberdeen. Her first book was Transexualidad y la matriz heterosexual: un estudio crítico de Judith Butler (2009), and she is the main editor of Judith Butler en disputa. Lecturas sobre la performatividad (2012). She has published extensively on body, aesthetics and identityin scientific and popular journals. She is currently Member of the History of science research group at Pompeu Fabra University and a Member of the Editorial Board of Critical Studies of Fashion and Beauty (Intellect).