Agustín Fernández Mallo (La Coruña, 1967) is a Physics graduate. In 2000 he invented the term ‘Post-poetic Poetry’. He is the author of the poetry collections Yo siempre regreso a los pezones and Al punto 7 del Tractatus (2001), Creta lateral travelling (Premio Cafè Món 2004), and the performance poem Joan Fontaine Odisea [mi deconstrucción] (2005), and Carne de píxel (2008), for which he was awarded the Premio Ciudad de Burgos de Poesía. In 2006 he published his first novel, Nocilla Dream (translated into various languages), which was chosen as novel of the year by a number of critics. Critics and readers have agreed on the revolutionary impact that the so-called ‘Nocilla Project’ is having on Spanish writing, of which Nocilla Experience (chosen as novel of the year by the television programme Miradas2) is the second edition of the trilogy, which will conclude with the forthcoming Nocilla Lab. Fernández Mallo is the author who has generated most critical attention and literary debates in the world of Spanish letters over the last few years and he is considered by critics and public as the most visible and influential member of this new literary generation. 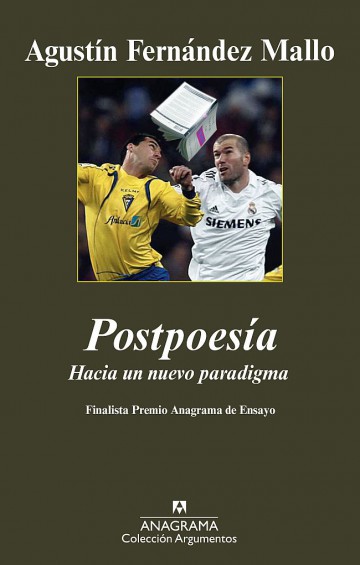 Postpoetry. Towards a new paradigm
A 397