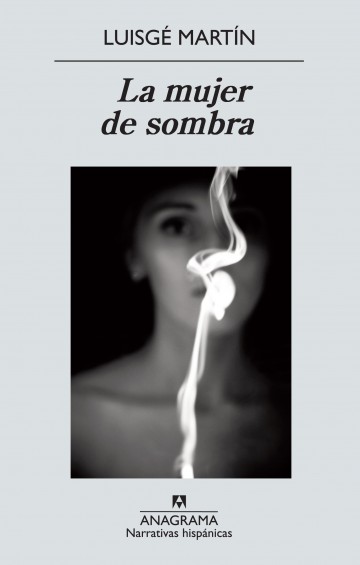 The Woman in the Shadows

A few days before dying in an accident, Guillermo confesses to his friend Eusebio that he is having a sadomasochistic relationship with a mysterious woman. Some time later, Eusebio decides to look for this woman to give her the news that Guillermo has died, and that she will never see him again. However, when he finds her, he becomes entranced and decides not to tell her so as not to reveal that he knows her secret and scare her away. Little by little they begin to fall in love. At any moment Eusebio expects her to begin to abuse him and humiliate him sexually as she had done with Guillermo, but Julia only gives him tender caresses.

This is the beginning of an insidious doubt that begins to grow in Eusebio’s mind: could this be the same woman? Is the woman who beat his friend with a whip and the woman who embraces him so tenderly really the same person?

La mujer de sombra is the story of a fatal obsession. It is a novel about secrets, guilt and identity. Luisgé Martín goes back into the darkest labyrinths of the human soul to portray those existential dilemmas in which heterodox sexual passions test the limits of morality.

«The author’s skill in telling these types of stories has been highlighted by critics on more than one occasion: “Luisgé Martín opens up his soul trough his original, authentic and impulsive characters. An author in search of intelligent readers unafraid to explore the most torrid depths of human desire” (ABC).

“Luisgé Martín has become a specialist in telling stories about descent; not into hell as such a thing does not exist, but into something much more terrible, because it is true: the impossibility of existence” (Antonio Penedo, Quimera).

“If you are somebody who pines for an absorbing and hypnotic and, why not, kinky read—those books that make you keep reading, even when you don’t want to—stop looking. Here it is» (Antonio Fontana, ABC).

«Luisgé Martín descends (and takes us again) into the abyss of love and sex (and  anguish and humiliation, tenderness and perversion) in La mujer de sombra, a hypnotic and breathless tale, which brings to mind the stories of Tanizaki» (Manuel Rodríguez Rivero, Babelia, El País).

«Luisgé Martín’s great feat is to have managed that the horror he describes does not repel the reader, but instead energizes a good novel» (J.M Pozuelo Yvancos, ABC).

«A novel that within formal mastery, precise adjectives and an eloquent use of ellipsis, all combined with unusual detective strategies, manages to find an unexpected way of navigating  the edge of the abyss... In the end, Martín makes his story a compendium of uncovered emotions that oblige the reader to rethink the concept of happiness, at least that which refreshes the inferno that burns in the heart, as the damned poet would say» (Enrique Turpin, La Vanguardia).

«I read La mujer de sombra in one go, because interrupting it would have been as hard as averting your eyes from a car crash… It’s unavoidable, your gaze always searches out the body of the victim. It seems morbid, but this is a very morbid novel... Degradation, debasement and transgression are the keys that Luisgé Martín uses to unlock hidden doors» (Rafael Reig, ABC).

«The protagonist of this novel is a victim of his own conscience as she strives to break the moral barriers imposed by society, embracing the perversions of the seven deadly sexual sins, including some that, although familiar, are no less surprising... The end result, accompanied by an impeccable and visceral prose, is disquieting» (José A. Muñoz, Qué Leer).

«The writing of Luisgé Martín is the most pleasant surprise I’ve had recently… This novel represents another exercise in style by one of the masters of the Spanish language, a true great of letters who deserves a place in the literary firmament...The plot is attractive, it traps us and surrounds us. But what is truly magical, essential, a piece of silk caressing the mind, is the prodigious pen of Luisgé Martín: an essential writer for our times» (Guillermo Roz, Periodista Digital).

«In his new novel Luisgé Martín discovers the monster inside us all… He affirms that literature is a weapon that can harm, and his aim is to write novels capable of perturbing or injuring readers to make them react against a society that finds it ever easier to scandalise people with idiocy» (Viky Navarro, Europa Press).

Luisgé Martín (Madrid, 1962) graduated in Spanish Philology from the University of Madrid and has an MBA from the Business Institute. He has worked as an editor for Ediciones SM and in Ediciones del Prado. He has published the short story collections Los oscuros (1990) and El alma del erizo (2002); the novels La dulce ira (1995), La muerte de Tadzio (2000, awarded the Premio Ramón Gómez de la Serna), Los amores confiados (2005) and Las manos cortadas (2009); and the collection of correspondence Amante del sexo busca pareja morbosa (2002). He contributes occasionally to El Viajero, Babelia, El País and other publications.