Down The Rabbit Hole

Tochtli love hats, dictionaries, samurais, guillotines and the French. But Tochtli is a child and what he wants more than anything right now is a new pet for his private zoo: a midget hippopotamus from Liberia. His father, Yolcaut, a drug trafficker on the verge of taking over a powerful drug cartel, is eager to fulfil all his son’s desires. It doesn’t matter that his desire is for a rare animal in danger of extinction. Because Yolcaut can do anything. Tochtli lives in a palace, a luxury hideaway which he shares with thirteen or fourteen people: hit men, prostitutes, dealers, servants and the odd corrupt politician or two. He also lives with Mazatzin, his private tutor, who is convinced that the world is a place full of injustice, where the imperialists are responsible for every problem. Fiesta en la madriguera, an excellent and more than promising first novel, is the chronicle of a delirious journey to fulfil a child’s wish. Decapitations, rivers of blood, human remains, mountains of corpses. The hideaway is in Mexico, and as everyone knows, Mexico is a country that is sometimes magnificent and sometimes disastrous. But anyway, things are like that: in the end, life is just a game.

“Aside from the apparent naivety with which the story is told, despite the fact that the child speaks as if he were a child who is telling a story in reality—and here lies the irony and the acid humour of Villalobos—this innocent child is really the son of an extremely powerful drug lord and we quickly recognise the nature of his environment… This is the precise point of view with which Villalobos has chosen to view this narco-reality within a Mexican context” (Javier Goñi, El País).

“An enthralling opera prima … a beautifully realised novella that narrates the daily life of a powerful drug lord ensconced in his palatial hideaway, seen through the diaphanous eyes of his small son… A brief and majestic debut that converts the ‘drug novel’ into a fascinating narrative” (Matías Néspolo, El Mundo).

"The devastating, sordid truth is revealed... It is not, thankfully, a world bereft of humour, although much of it is dark and the laughter has a tendency to die on your lips..." (Nicholas Lezard, The Guardian).

"The greed, machismo and thirst for power that sustain the drug trade in Mexico are displaced on to Tochtli´s childish concerns and revealed in all their madness through his irrational acquisitive desires. His father Yolcaut´s impetuous commands to eliminate enemies of his drug empire and buy politicians are of a piece with his son´s burning desire to possess a Liberian pygmy hippo. The cumulative parodic effect of the novella is chillingly powerful" (Edward King, Sunday Times).

"Juan Pablo Villalobos brilliantly encapsulates the chaos of a lawless existence in which, under the sway of drug lords, anything might happen and everything goes... Through carefully constructed, satirical prose, Villalobos illustrates how prolonged exposure to violence desensitises people and the ease with which the grotesque can be normalised... An astonishing debut" (Lucy Popescu, The Independent).

“Don’t miss out on this refreshing novel, even if it is only to enjoy the delicious literary comfort that allows us to endure the sordid and cruel reality of the world it describes” (Enrique García Fuentes, Hoy de Extremadura).

“With this book we have discovered Juan Pablo Villalobos, a linguistic maestro with the ability to enter into the intangible world of literature, shedding light on many of its abstractions” (José Antonio Aguado, Diari de Terrassa).

“Fiesta en la madriguera is an enthralling and amazing literary exercise… Villalobos plays with a double-edged sword: the horror of our reactions as a reader is contrasted with the almost trivial way in which the narrator describes his daily existence… Fiesta en la madriguera could soon become a classic of the genre. A novel that breaks our hearts (which had already been broken before, but still hurt) and invites us both to laugh and to reflect on the inevitable political subtext, highly relevant in a contemporary context” (Ricardo García Mainou, El Economista)

“Juan Pablo Villalobos has made a dramatic entrance into the literary world with Fiesta en la madriguera. It is a book that must be read for its great aesthetic value and darkly humorous tone. A book that throws a clear light on a dark subject” (Teresa García Díaz, Amerika).

“Amongst this boom in so-called narco-literature, Villalobos has managed to avoid falling into moralism through the voice of his child narrator, which is strange and cruel in its innocence” (Gabriela Wiener, Blog El País). “Just like in Voltaire´s magnificent Candide, the subject of this book is not what happens to the protagonist, but the way in which he perceives the world that surrounds him, and how his view of the world becomes an accusation. Some people might find the idea of writing a comic novel about the hellish violence and terror that has engulfed Mexico frivolous, but Fiesta en la madriguera shows how laughter is one of the most subversive tools available to the writer.  Juan Pablo Villalobos uses that to deliver a good first novel, both comic and painful at the same time, apparently simple yet as complex as the feelings of a child  towards a father who lies to him and whom he knows to be a murderer, and as complex as the Mexican tragedy  that is its true subject”  (Patricio Pron, El Boomeran(g)).

“A hilarious, strange, brief and precise story.… Tochtli sometimes writes with an outstanding naivety and other times with a stunning lucidity, describing a cruel reality where dead bodies and the bloody orifices that guns leave in them provide the absurd, fatal and extravagant setting for the story”  (Mónica Maristain, Página 12).

"Showing how a child absorbs violence without awareness that something is wrong is a tricky endeavour. Mr. Villalobos nails it" (Susannah Meadows, The New York Times). 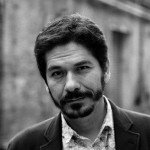