With its enormous ambition, Antagonía is, without doubt, one of the highest points in the history of Spanish literature. Recognised quickly as a masterpiece, this extraordinary novel still remains unknown for many readers today due to the misunderstandings that came from the decision to originally publish the novel in four parts. Therefore, this new edition is immensely valuable, as it offers for the first time,  the novel as it was supposed to be read: as an undivided whole.  Antagonía begins with a ‘retelling’ of the life of Raúl Ferrer Gaminde up to them moment when he decides to become a writer.  The book then investigates his life as such, through his notes, writings, dreams and fantasies. As a counterpoint to this tale, the narrative steps back and looks at Raúl and the world  he inhabits to end up becoming a ‘Theory of knowledge’, which is in fact the novel that the protagonist is writing. A novel within a novel, Antagonía becomes one of the most profound investigations ever undertaken into the nature of literary creation.   «The best novel written in Spain—and I almost said ‘in Spanish’—in a long time» (Guillermo Cabrera Infante).

«One of the most important and truly original works of contemporary Spanish literature» (Pere Gimferrer).

«The most ambitious literary experiment in the recent history of Spain» (Rafael Conte).

«A magnificent human comedy, and one of the most ambitious and effective literary events of the post-war that deserves to be considered one of the best novels of the past century... Goytisolo’s innovation resides in his lucid perception of the new frontiers of the genre, which he rescues from its conventional incarnation as a Stendhalian mirror on a journey, or from a constructed realism.  I have underlined for a long time a powerful idea already visible in  Recuento that Raúl presents as an exalted happiness that consists in overcoming a copy of the world to create an autonomous reality sufficient in itself. Literature, according to Raúl, is not a game,  but a struggle for a new reality, created by the foundational power of the word… An unusual capacity to investigate life in the middle of a verbal and technical skill, through a plurality of perspectives that include the essay, an ironic distancing and personal testimony. Without, also, losing interest in a rich anecdotal material … The long process of gestation and the distanced appearance of the author’s books have stopped us from valuing the extraordinary historical significance of this novel» (Santos Sanz Villanueva, El Mundo).

«This monumental, classic work of realist criticism of late Francosim and the Transition to democracy has not lost any relevance; on the contrary, read today it gives us a Proustian distance that allows us to better consider a difficult historical moment. It is extremely gratifying to find that this collection maintains the colloquial vivacity of its dialogues, the interest in the story and the psychological profile of its protagonists. It includes a generational  portrait of the children of the post-war… A calculated rebellion, the reconsideration of possible novelistic languages, individuality subjected to the vagaries of of time and of a country and the meta-literary option that confuses life and literature, which constitutes some of the best aspects of this unprecedented work... A writer capable of a titanic effort that joins the personal with the historical. The perfect gateway to understanding Spain in the second half of the XXth Century» (Jesús Ferrer, La Razón).

«As Ignacio Echevarría says, Antagonía is one of the great novels of the XXth Century, but it is much more than a novel. I’m not sure if it is a novel to keep on the bedside table and to dip into every now and then, when we’re ready, lucid, brilliant, with time on our hands. Or  to leap into with a dagger between your teeth, jumping in with passion and audacity and not stopping until you get everything out of it and truly understand it. In whatever way, like Joyce’s Ulysses or Proust’s In search of lost time, like many others—or few others—you shouldn’t die without having read it» (Antonio Martínez Asensio, blog Tiempo de silencio, Antena3.com). 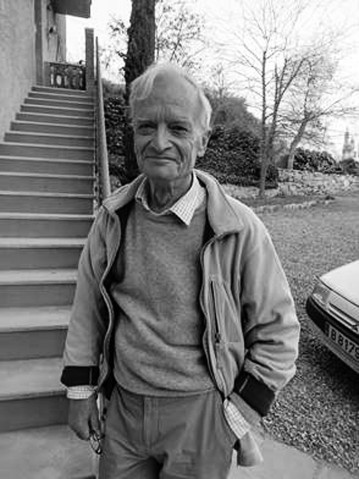